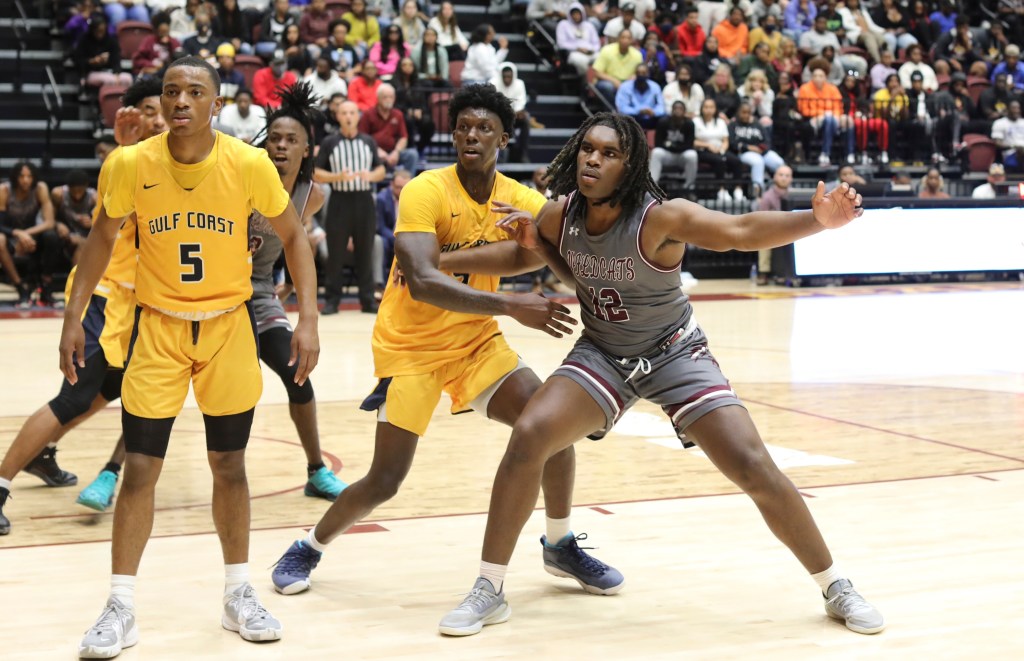 SHREVEPORT, La. — The Pearl River men’s basketball team bounced back in convincing fashion Saturday, beating Southern University-Shreveport 90-73.
“I was really pleased with the effort and energy we came out with, especially playing a tough team on their homecourt after a loss,” PRCC coach Chris Oney said. “It’s something this team hasn’t dealt with for a while.”
The Wildcats (4-1) built an early 47-37 halftime lead and never looked back.
“I was excited to see the way we were flying around the court early in the game,” Oney said.
The Wildcats kept their foot on the gas pedal in the second half which led to a convincing 90-73 victory.
Following the game, Oney thanked a group of diehard Wildcat fans who made the trek into Louisiana for the big contest.

“We had about 25 Wildcat fans showup. I want them to know that was important, not only for the kids but also everyone involved in the program,” he said. “We really appreciated it.”

LEADERS
Carlous Williams (Hattiesburg; Harrison Central) had a breakout afternoon for the Wildcats setting the tone on the offensive side of the court with 20 points.
“Carlous was played fabulous. He was aggressive and took advantage of a lot of opportunities and played with a lot of confidence like the player we expected him to be when we signed him. Hopefully he can learn from this and can continue to keep it going,” Oney said.
Cameron Brown (Hattiesburg) scored a season-high 17 points and finished second on the team in scoring.
Oney was quick to point out the play of freshman guard Dylan Brumfield (Hattiesburg; Oak Grove).
“Dylan Brumfield was spectacular. He made so many plays that may go unnoticed to the average fan that helped us sustain runs, keep the lead, and take care of the ball,” Oney said.

UP NEXT
The Wildcats hit the road on Monday to take on Delgado with first tip set for 7:30 p.m.