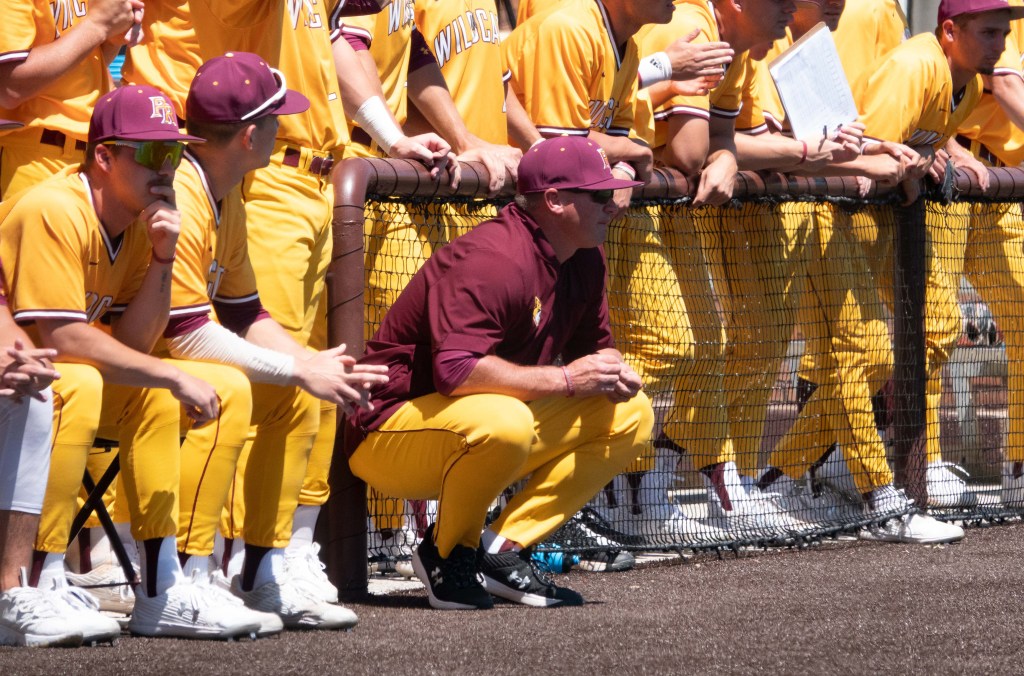 According to PerfectGame.org, the Wildcats boast the top signing class among NJCAA Division II programs.

“Every year you hope that the class we bring in gets a little better each time. This year, I think this class has a chance to be special,” Avalon said. “These guys are extremely talented but what’s more impressive is the fact they have all the intangibles and come from great families. We are excited to welcome them to our Wildcat Family. Coach Slater Lott, who’s our recruiting coordinator, Coach Brandon Pennington and Coach Kyle Tynes have put in a lot of hard work to make this possible. Very thankful for each of them.

“We are excited about the early signing that class that has joined our program, but recruiting is constant. We will add a few more guys to this class moving forward.”

DANE DUTIL
Dutil has a physical presence in the box and is an athlete who does everything well. The outfielder had an impressive junior campaign, hitting .373 with seven extra-base hits, 14 RBIs and a team-high 27 runs scored. He was also 15-for-15 in stolen base attempts.

“Over the last couple of years we have gotten several good players from St. Martin. Dane is the latest one,” Avalon said. “He has the ability to play all three outfield spots defensively. He’s a throw-back player who’s hard-nosed and plays the game the right way.

“He should compete for an outfield spot as a freshman.”

“Blake is another physical left-handed pitcher and left-handed hitter,” Avalon said. “Last year he was  a go-to guy for D’Iberville and we look for him to compete for one of our starter positions. He should make an impact on the mound for us as a freshman.”

Gollott, who throws in the upper 80s and has plus offspeed, is PG’s No. 4 LHP in Mississippi and the state’s No. 44 prospect. He’s also graded as Mississippi’s top JUCO signee, according to PrepBaseballReport.com.

JONAH KATSABOULAS
Katsaboulas has can play at second base or shortstop and is ranked by PG as the No. 63 player in Mississippi as well as the No. 13 shortstop in the state. Katsaboulas hit .329 with three homers and 25 RBIs.

“One of the premier middle infielders in Mississippi in this class,” Avalon said. “He should be very good defensively and provide an impact bat at the plate for us. He will be a guy that we expect to help replace the losses of John Griffin Bell(Mobile, Ala.; Faith Academy) and Taylor Woodcock (Pass Christian; West Harrison) in the middle.

“He’s capable of hitting at the top of our order and being an everyday guy.”

ANDREW KNIGHT
Knight will join PRCC from a storied prep program in Sumrall and comes from an outstanding baseball family.

“Andrew is a big, physical, athletic right-handed pitcher who has a high baseball IQ coming from a baseball family,” Avalon said. “He has tremendous upside on the mound with upper 80s velocity; he has potential to get into the low 90s. We’re excited to work with him as he continues to grow and mature.

“We will be losing up to four starters this year and he is a guy who can step in and help immediately.”

PBR ranked Knight as the No. 73 prep prospect in Mississippi.

CADE MAULDIN
Mauldin could have a unique responsibility for Pearl River in the future as Avalon envisions him being deployed in a “fireman” type role.

“Cade pitched and will pitch a lot of big innings for West Jones. We see him more as a reliever at our level,” Avalon said. “He pitches from a low arm slot. Those guys are invaluable to keep batters off balance. He’s a guy who’s capable of leading us in appearances.”

PBR ranks Mauldin as the No. 46 prospect in Mississippi.

MAX MILLER
Miller should be a power player when he joins PRCC ahead of the 2023 season. Considered the No. 6 left-hander in Mississippi by PG and the No. 56 recruit in the state by PBR, Miller has a chance to impact the Wildcats in the field and on the mound.

“The first word that comes to mind with Max is electric,” Avalon said. “We’ve seen him throw in the upper 80s. He has to work on consistency, but the tools, body and stuff are there. We’re excited to work with him and see him competing for a starting spot on the mound.

“Max is a dual guy at Vancleave who can continue to develop in that same capacity at this level. He’s also a football player for Vancleave who brings toughness to the diamond.”

MARSHALL PHILLIPS
Phillips helps continue a strong pipeline to Sumrall and should have a dual role at PRCC.

“He’s a plus defender, most likely at third base, and could also see some time at second,” Avalon said. “He’s very athletic and from an offensive side should be able to handle the bat and get around the bases. On the mound he’ll be a mid-to-upper 80s right-handed arm. He might see more time as a reliever early and develop into a starter.”

At SHS, Phillips led all regulars with a .386 batting average, five homers, nine doubles and 47 RBIs. He also crossed the plate 33 times and stole 14 bases in 16 attempts.

“J.T. is a multi-sport high school standout who’s very athletic and strong body. In the last six months he has made some big-time jumps,” Avalon said. “He’ll continue to get better. He should step in and compete for innings as a freshman. His athleticism will allow him to potentially help us in the outfield as well as on the mound. J.T. is another guy who can help with the loss of several of sophomore arms moving on to four-year level.”

PG ranks Schnoor as Mississippi’s No. 39 prospect and 13th-best right-hander.

CASTON THOMPSON
Thompson is a pitchability left-hander who throws in the mid-80s currently. He will also see time in the field. As a junior for Brookhaven Academy, Thompson hit .303 with two homers and 11 RBIs. On the mound, Thompson was 3-1 with a 1.97 ERA and 25 strikeouts.

“Caston will be a two-way player for us. He’s a left-handed hitter with power who will see time at first base,” Avalon said. “We also expect him to help us on the mound from the left side. Anytime you can add a left-handed hitter and arm it instantly makes you better.”

Thompson is ranked as Mississippi’s 64th prospect by PBR.

CONNER WARE
The Wildcat staff believes it has landed another steal from Germantown in the form of Ware. The Wildcats’ newest Ware signee draws plenty of comparisons to his older brother, Bryson, who starred for the Wildcats before signing with Auburn.

“Conner has a lot of similarities to his brother. He’s a good athlete, but due to injuries in high school he hasn’t pitched as much as he would have liked,” Avalon said. “We see him competing for innings on the mound. His power potential at the plate is exciting and he’s capable of being an electric player.”

PBR ranks Ware as the No. 61 prospect in Mississippi.