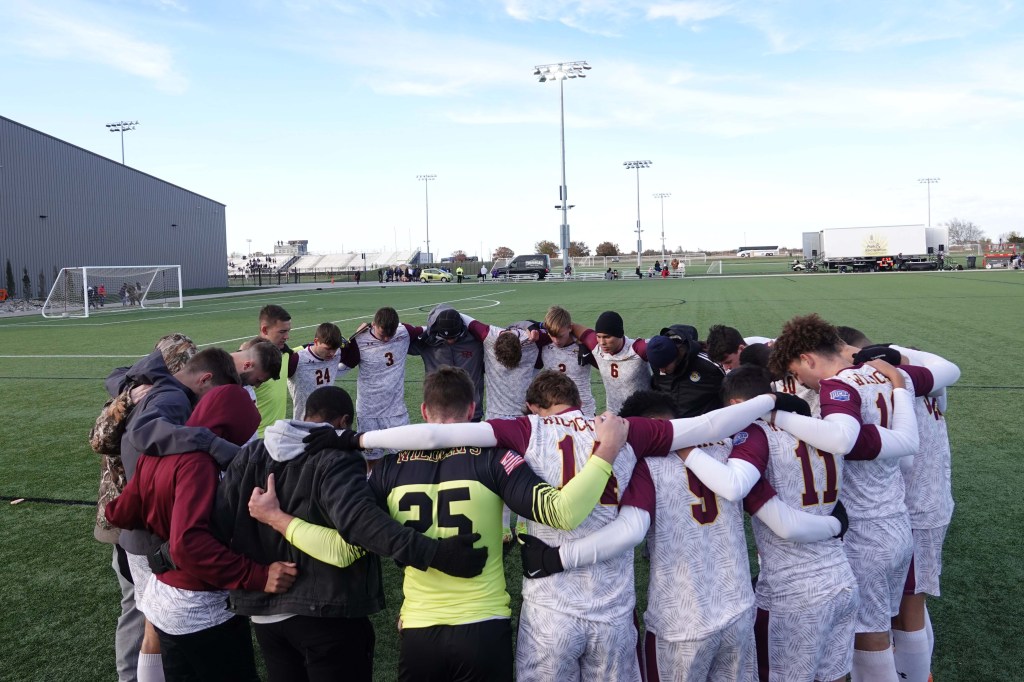 WICHITA, Kan. — The No. 2 Pearl River men’s soccer team’s historic 2021 season came to an end Wednesday as St. Charles picked up a late goal to win 1-0.
“We did a really good job building, having the ball, creating opportunities and being patient,” head coach Drew Gallant said. “We had one slip up at the end and gave up a goal. We had done everything right up to that point against a very talented team. Our game plan was on point. Things just didn’t go our way tonight.
“I’m extremely proud of our guys. I thought we had a really good season. I’m proud of our performances in our first appearance in the national tournament. Hopefully, we’re back next year.”
A YEAR TO REMEMBER
Pearl River (12-1-4) had a season unlike any other in Pearl River history, earning a spot in the NJCAA Championship tournament for the first time ever.
The Wildcats finished the season ranked as the No. 2 team in the NJCAA poll and finished the regular season as the last undefeated team in the country.
Postseason play included, Pearl River outscored its opponents 43-7 on the year, holding a goals-against average of 0.43.
The Wildcats averaged an incredible 2.53 goals per game throughout the year.
FIRST HALF
St. Charles (15-4-3) had the first chance to get on the board in just the 5th minute of play. Maddux Francis (Poplarville) quickly put a stop to the chance by catching the shot.
Six minutes later Jason Irias (D’Iberville) fired a shot, but it sailed too high and went over the goal.
The Cougars nearly got on the board again in the 18th minute, but Francis again made the save to keep the game scoreless.
Neither team was able to create any more scoring chances for the rest of the half as they entered the break scoreless.
SECOND HALF
SCCC had another attacking chance immediately out of the half; however, Francis plucked the shot out of the air to keep the score 0-0.
Peyton Ladner (Gulfport) registered a shot on goal in the 66th minute of play that was caught by the Cougar keeper.
The teams battled to take the lead over the next 11 minutes before St. Charles struck in the 78th minute of play.
A Cougar forward broke through the Wildcat back line and dashed toward the goal in a one-on-one situation before pushing a ball into the net to take a 1-0 lead.
The Wildcats fired off a few more shots in the dying moments of the game and were unable to find the net in any of them before falling to the Cougars 1-0.
For the latest on Pearl River Community College athletics, follow us on Twitter (@PRCCAthletics) and Facebook (PRCCAthletics).