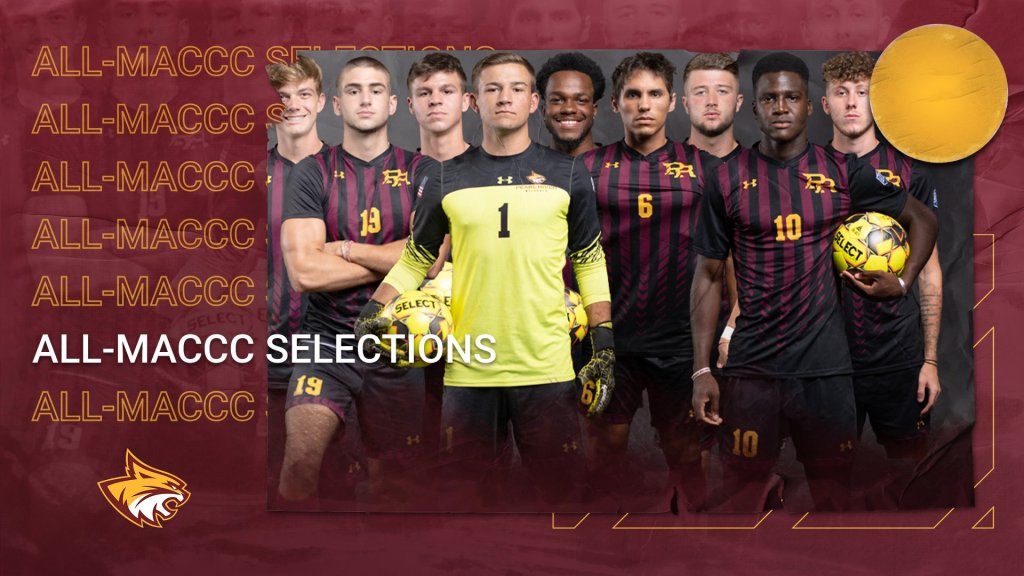 POPLARVILLE, Miss. — The fall 2021 All-MACCC honor lists were filled with Maroon-and-Gold representation. The conference released its first- and second-team honorees Thursday with nine representatives from No. 2 Pearl River.

FIRST TEAM
Anchoring PRCC’s success for most of the season has been Francis. The hometown standout and William Carey transfer has been better than advertised for the Wildcats, earning four MACCC Goalkeeper of the Week honors and two NJCAA selections. Francis currently leads the NJCAA Division II ranks with a .943 save percentage and 0.23 goals against average and is tied for the lead with 10 combined shutouts. He also boasts an 11-0-2 record and has turned away 50 shots while conceding only three goals — two on penalty kicks and one on a breakaway.

Aiding Francis’ success is an elite pairing of centerbacks in Taylor and Chamberlain. The duo have provided veteran leadership with a physical presence and have done an excellent job of extinguishing problems before they rose to critical levels. Chamberlain chipped in a goal and an assist during the regular season; Taylor added three assists.

In the midfield, Smith and Nicholson drove opponents crazy and were often shadowed to try and limit their touches. Even with the added security duty, the two really helped to make things happen in the attack. Nicholson finished the regular season with five goals and four assists, while Smith chipped in four goals and was second on the team with five assists.

The PRCC attack was bolstered by the emergence of Baggett. The late signee and younger brother of former Wildcat Kealan Baggett, was second in the MACCC with nine goals. He also tied Smith for second on the squad with five assists.

SECOND TEAM
Emery has been one of PRCC’s most versatile players, earning time across the back line, in the midfield and at wing and striker. Heading into the postseason, Emery leads PRCC with seven assists and has also netted three goals. He was also named MACCC Offensive Player of the Week once.

Cezar has provided a physical presence in the midfield. He has been an excellent defender and held possession well, finding the right outlet passes consistently. Although he’s not relied on for scoring, the Brazilian did net one goal and an assist this season.

NEXT UP
Pearl River is back in action Saturday in the MACCC/Region 23 semifinals against Hinds at 6:30 p.m.. Holmes is hosting the tournament after the HCC women won the North Division. The men’s contest will be played at Freedom Ridge Park in Ridgeland. PRCC is planning to stream the match at PRCCMedia.com/gold. Updates will be posted at Twitter.com/PRCCAthletics.