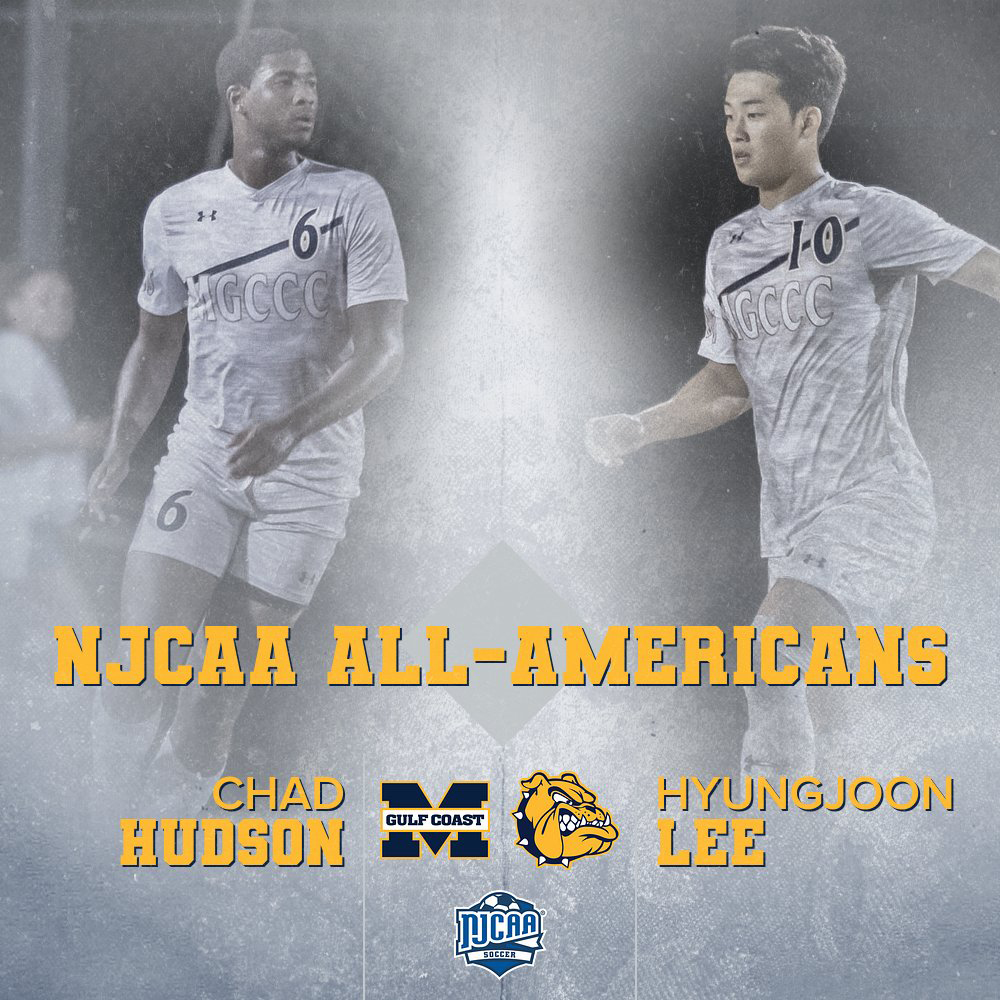 The duo helped lead Gulf Coast to its first MACCC championship in a decade and its first-ever appearance at the national tournament.

Hudson helped Gulf Coast register the fifth-lowest goals-against average in the conference during the regular season and was potent on the other end of the field, as well. He scored four times, including both the Bulldogs’ goals at the NJCAA Division II Men’s Soccer Championship, and had two assists. One of those assists came in the MACCC/Region 23 Semifinal, the opening goal in a 2-0 win over Itawamba.

“I’m happy for Chad,” Gulf Coast coach Chris Handy said. “He’s been here and battled for three years. He had an unbelievable national tournament, and he deserves all the recognition he gets.”

Lee led the MACCC with 11 goals and added five more assists. Gulf Coast had the fourth-ranked offense in the league. He had an assist in the Bulldogs’ 3-2 loss against Parkland in the national tournament. Lee had a goal and three assists in a 6-0 win at Southwest.

“To me, Joon is a great player,” Handy said. “He’s one of the best players to ever come through here. It’s no surprise people are starting to recognize that, as well.”