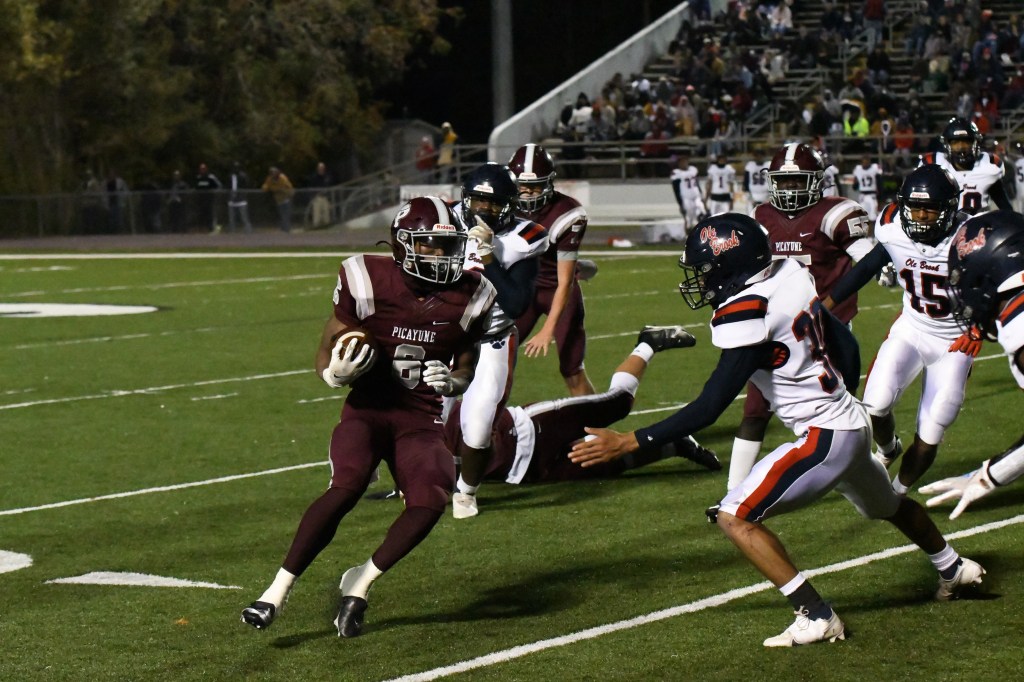 The Golden Tornadoes football team is no stranger to making it deep in the 5A state tournaments.

“We’re also no stranger to playing them this deep into the playoffs, so it’s going to be an all out heavy weight match up,” said Head Coach Cody Stogner.

“We’ll look to see them try and get down hill on us with their big running back,” said Stogner.

This will be the fourth straight spread offensive team the Maroon Tide has faced, and so far they’ve handled the challenges.

Depending on the flow of Friday night’s game, the Maroon Tide will reach deep into the playbook for some passing offense. In the previous few games the Maroon Tide was on point with the passing plays. Since the start of the playoffs, Dawson Underwood is 3-3 in the air for 63 yards and one touchdown. While not eye-popping stats, each pass was a big play executed to perfection. It’s uncommon but when Picayune executes a pass play, Underwood and his receivers have proven themselves to be ready.

“We practice it every week and we use it when we can use it, sometimes we don’t have to but it just depends on the flow of the game,” said Stogner.

The Maroon Tide will be at home for this Final Four match up. Kick off starts Nov. 26 at 7 p.m.