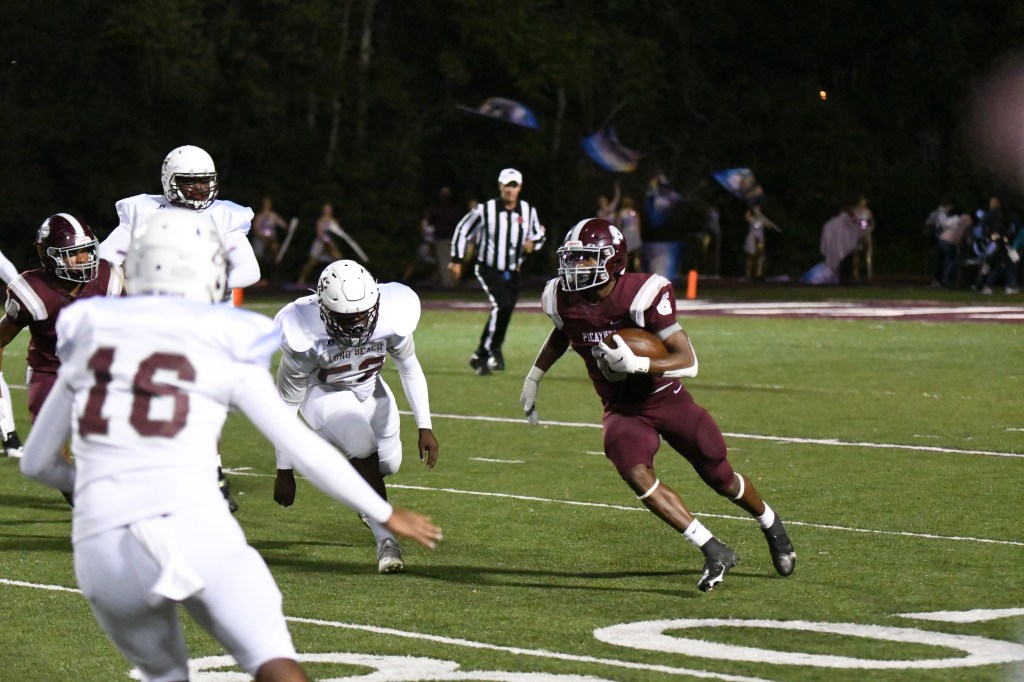 The Picayune Maroon Tide (9-1) will be on the road for a district match-up against the Gautier Gators (7-2).
Preparation began on Monday for the Maroon Tide as the team devises a game plan to defeat the Gators.
The Gators strong quarterback Kaden Irving is ranked third in the state in passing yards. Irving has thrown 207 for 328 on the year for 3,205 yards and 35 touchdowns.
The Gators also have a big offensive line that gives Irving lasting protection inside the pocket.
Gautier’s athletes also include skilled receivers who spread the field on offense.
“They’re going to throw it, as much as you see us run the ball, they’re doing the opposite,” said Head Coach Cody Stogner.
Stogner says this game will come down to turnovers, so controlling the time of offensive possession and going after the Gator quarterback while on defense will be key.
Stogner’s game plan this week involves trusting his players to execute and make game winning plays.
“Other teams have good players but we have good players too, so we are going to rely on our guys to execute our game plan, and make the plays that they are capable of making,” said Stogner.
With the number one seed being locked in for the Maroon Tide, Picayune will now be looking for a little momentum going into the playoffs,
Stogner said that this Friday night will be a great opportunity to, “springboard us into the playoffs on a good note.”
The Maroon Tide will play its last game of the regular season on Nov. 5 at 7 p.m.