Maroon Tide floods Panthers to move on up 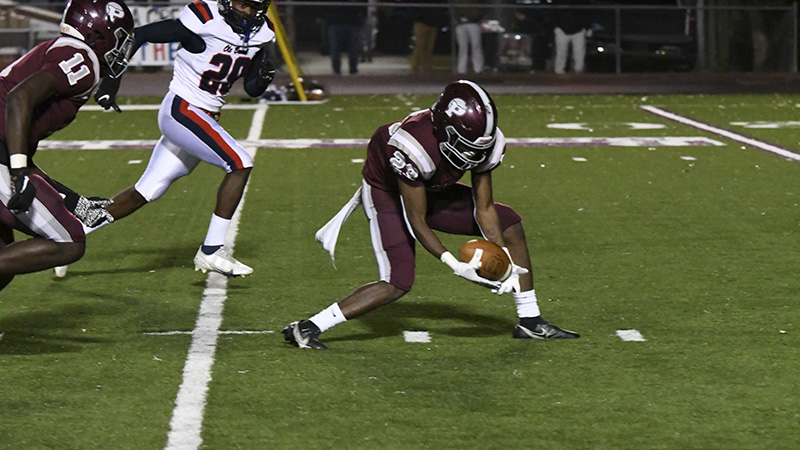 In the following possession, the Panthers drove down the field and got within 30 yards. The Maroon Tide defense stood strong and held the Panthers to a field goal as Bryce Smith kicked it in and made it a 7-3 game with 6:40 left to before halftime.

The following Maroon Tide drive was short and they failed to convert on fourth down and turn the ball back over to Brookhaven. The Panthers didn’t find any success and on fourth down they lined up to punt but fumbled the snap Maroon Tide’s Josh Tatum scooped up the ball and was dragged down at the 14-yard line.

After the halftime break the Maroon Tide defense came up with a big turnover. Tyrel McGill striped the Panther quarterback at the 45-yard line. Sixteen plays and 65 yards later the Maroon Tide found the end zone. Dawson Underwood kept the ball and ran it in for a two yard score. That extended the Maroon Tide’s lead to 21-3 with 11 minutes to go in the fourth quarter.

The Maroon Tide defense was on point in the fourth quarter by forcing the Panthers into two turnovers on downs in the final 11 minutes of the game.

The Maroon Tide had to put the icing on the cake for Friday’s game with one more touchdown. In four plays and 51-yards Dante Dowdell got his third touchdown of the night after a one yard rush with two minutes left n the clock. The Maroon Tide went on to win 28-3.

Next for the Maroon Tide is a Final Four match up against The Laurel Golden Tornadoes, Nov. 26 at 7p.m.