Maroon Tide easily gets by the Rock-a-Chaws 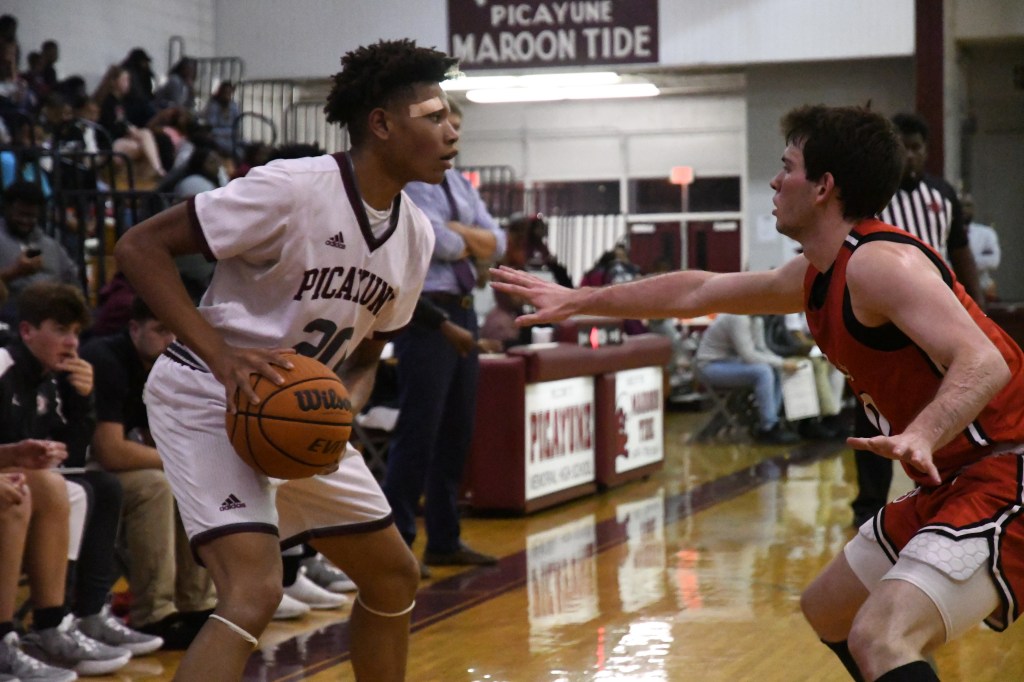 “Tonight we were not bad but we had some segments were it looked okay, but we still have a long ways to go.”

The first quarter was all Maroon Tide. The team ended the quarter scoring 10 unanswered points as Troy Carter caught fire early with eight points off layups and jump shots, and Isaac Brice scored a put back layup.

To open the second quarter, Jaylen Martin and Dakeith Quinn played a two-man game on the right wing. Martin drove baseline and dished to an open Quinn in the post for an easy layup. In the next Maroon Tide possession, Martin and Quinn did the same thing and get the same result and the Maroon Tide lead was pushed to 14-0. The Maroon Tide defense continued to stay solid and active, which forced the Rock-a-Chaws into contested shots and turnovers.

Carter found himself open for a three and knocked down the first three of the night. During the next two possessions, Quinn went off the dribble and hit an elbow jumper, then Carter followed with a corner three. The Rock-a-Chaws finally got on the board 5 minutes into the second quarter after hitting a three. The Maroon Tide led 22-3. The Maroon Tide was not fazed by the Rock-a-Chaws first bucket as Carter went for back-to-back threes. Before Carter got any hotter from there, the Rock-a-Chaws called a timeout down 28-8 with 3:05 left to play. Now out of the time outs, the Rock-a-Chaws scored a layup and Jack Whitney hit a three during the next possession to make it a 28-13 game. With less than 30 seconds left, the Maroon Tide made another three by Carter and ended the half with a 31-15 lead.

In the third quarter, the Maroon Tide jumped to a 33-18 lead. The Rock-a-Chaws caught some fire and Ja’kobe Cameron hit his first three of the night. The next three Maroon Tide possessions got the crowd on their feet when Jaheim Everett hit back-to-back three pointers. In the following possession, Picayune come up with a steal and found Brice on the fast break for a two handed dunk. The officials called a technical foul on Rock-a-Chaws for pushing Brice in the back during his dunk attempt. Brice went 1-2, making his fouled shot and missing the technical foul shot. At that point, the Maroon Tide led 43-25.

The Maroon Tide widened the lead in the fourth quarter up 48-28.