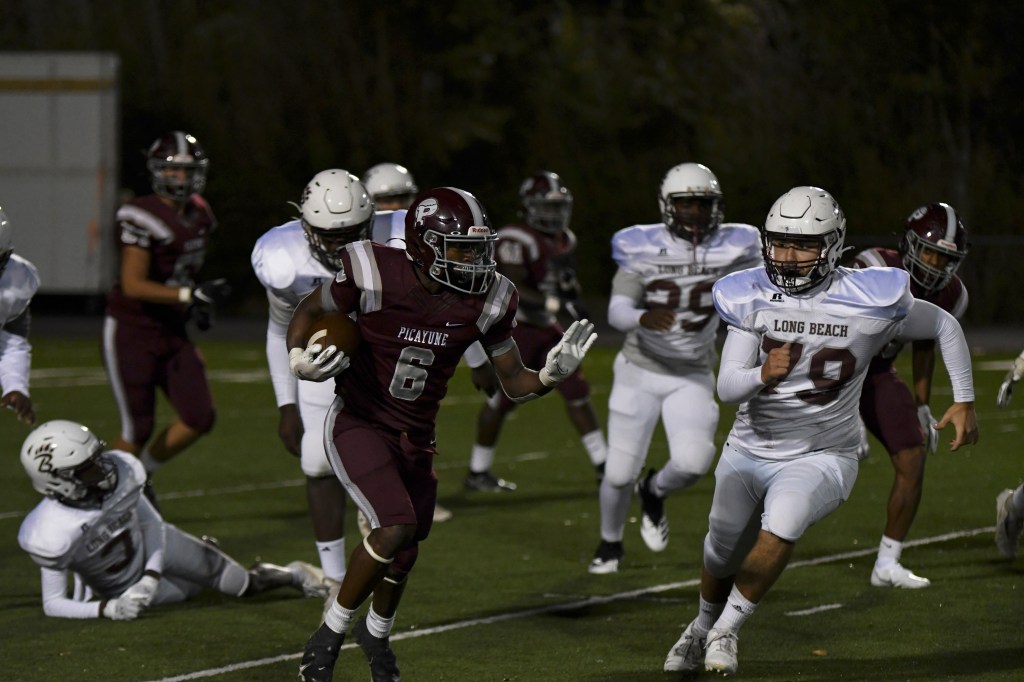 The Maroon Tide set the tone early against the Gators by utilizing only three plays to score in the team’s first possession. Dawson Underwood and Dante Dowdell led big runs during that drive. The Maroon Tide defense played “extremely well,” said Head Coach Cody Stogner. The coaching staff knew Gautier had a high power offense that would challenged their defensive unit, but the Maroon Tide came out on top.

Dawson Underwood threw for 73-yard on seven attempts for the Maroon Tide on the night and Dante Dowdell ran for 174-yards on 16 carries and had two touchdowns. Chris Davis and Darnell Smith also ran for two touchdowns. Davis had 10 carries for 63-yards, and Smith picked up 59-yards on six carries.

Next for the Maroon Tide will be round one of the 5A Region 4 State Championship. They’ll host the Hattiesburg Tigers on Nov. 12 at 7 p.m.