Lady Blue Devils bounce back with win over Hornets 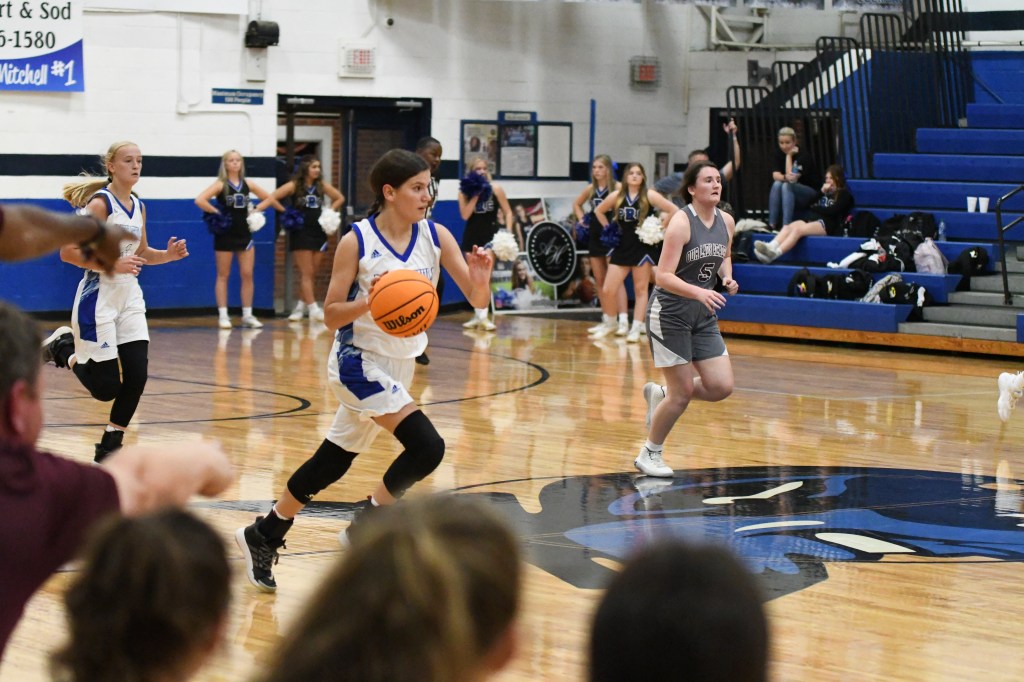 The Pearl River Central Lady Blue Devils (4-3) won a close one on the road against the Poplarville Lady Hornets (0-4) 37-35.
“I was pleased we won the game because we lost a close one Monday, the kids responded well and played hard,” said Head Girls Coach Cliff Bauer.
The Lady Blue Devils’ win over the Lady Hornets was a team effort. Hannah Mitchell scored nine points and grabbed 16 rebounds, Emily Carroll scored 12 points and grabbed eight rebounds and Hollie Mitchell put up eight points. The rest of the Lady Blue Devils’ points came from all over the roster.
“We had kids score who usually don’t score the ball. They (Lady Hornets) went triangle and two all night so some other kids stepped up and hit shots,” said Bauer.
Next for the Lady Blue Devils will be an on-the-road game against the Magee Trojans (2-3). Tip off will Saturday Nov 27, at 11:30 a.m.