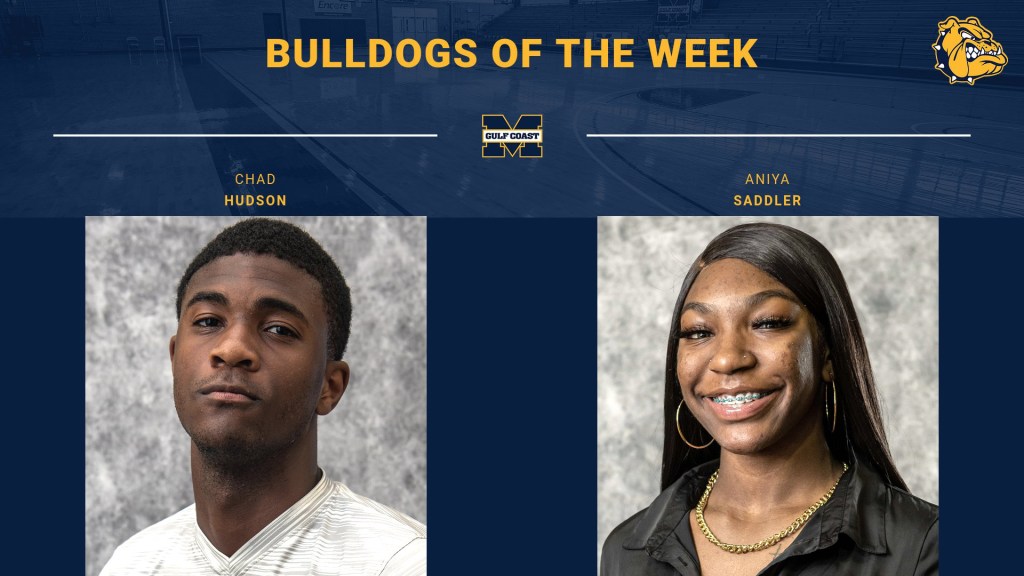 PERKINSTON — Chad Hudson and Aniya Saddler have been named Bulldogs of the Week for Nov. 15-21.

Hudson, a sophomore defender from Gulfport, scored both Gulf Coast goals at the NJCAA Division II Men’s Soccer Championship in Wichita, Kansas. He gave the Bulldogs a 1-0 halftime lead over Parkland, then got Gulf Coast within a goal in the final minutes of a 3-2 loss. It was the first trip to the national tournament for Gulf Coast.

Saddler, a sophomore from Columbus, averaged 12 points in a 1-1 week for Gulf Coast. She shot 67 percent from the field overall and had 17 points in a 92-57 win over Delgado.

Melvion Flanagan, a sophomore guard from Alexandria, La., hit the game-winning 3-pointer in a 65-62 at Pearl River and averaged 23 points and 5.5 rebounds in a 1-1 week for Gulf Coast. He had 25 points and seven rebounds at Poplarville, and had 21 points and 4 assists in a loss to Jones.