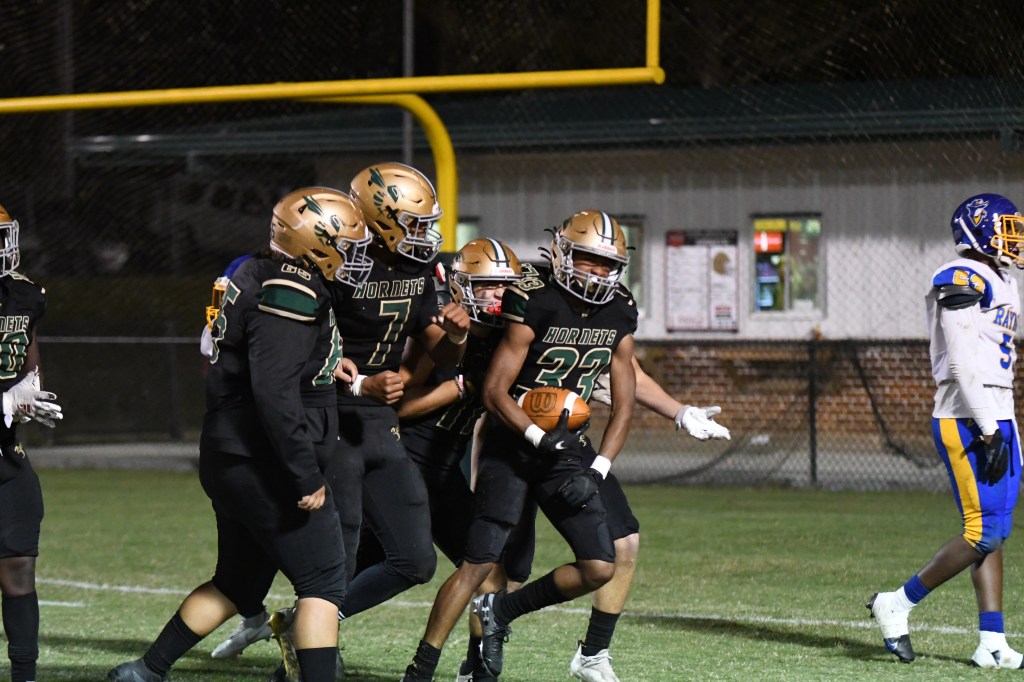 The Poplarville Hornets (9-2) will be on the road for the second round of playoffs as they face the Moss Point Tigers (8-3).

Head Coach Jay Beech says this will be a fun week as the team moves closer to Friday night’s matchup.

The Tigers are a talented team with a lot of size on the defensive and offensive lines.

On the year the Tigers racked up 1,173 passing yards for 10 touchdowns and 1,1526 rushing yards with 22 rushing touchdowns.

As for the Hornets, the team has thrown for 317-yards for five touchdowns, and rushed for 3,401 yards for 39 touchdowns. Defensively the Hornets have wrapped up 697 tackles, made 18 sacks and picked off eight passes.

Beech says, “We know we can’t have a bad game or it’s over, we’re going to have a tremendous amount of focus at practice and hopefully it carries over to the game Friday night.”

The Hornets will put their attention to cutting down on penalties during this week’s practice. In last Friday’s game against Raymond, the Hornets picked up 10 penalties. Beech said he doesn’t want to repeat that against Moss Point this Friday night.

“We don’t want to beat ourselves with penalties, if we lose a game we want it to be because the team was better than us not because we gave it to them,” said Beech.