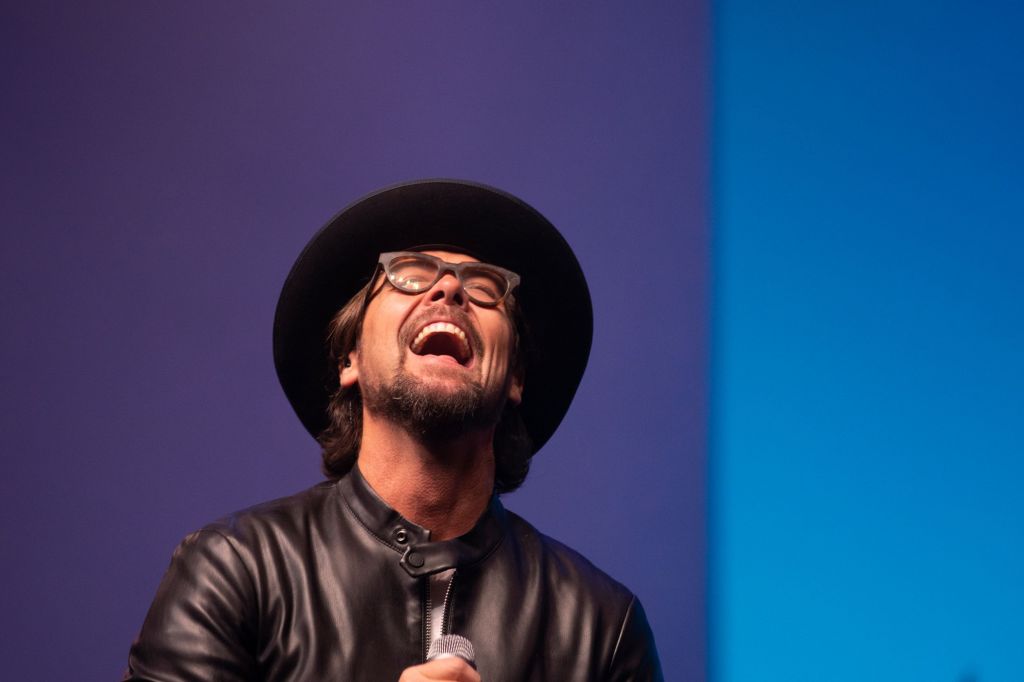 POPLARVILLE, Miss. — Pearl River Community College welcomed GRAMMY award winning artist Jason Crabb for an evening of Christian music at the Brownstone Center for the Arts. Hundreds of concert goers eagerly embraced both the energy and messages from the performance.

Early in the evening, Crabb paused to recognize members of the Armed Forces for Veterans Day. His touching performance of “God Bless America” had the audience on its feet while paying tribute to those who have served.

Crabb and his band performed older titles like “Love Is Stronger” and “If I Shout” as well all five of the selections from his new extended play (EP) “Just as I Am.” The EP was written and recorded after the initial wave of the pandemic including the title song, “Heart Wide Open,” “Send Me (The One),” “Friend in the Fire,” and the striking “Before.”

Between sets, Crabb spent time reflecting on common Christian themes such as forgiveness and love. He talked about the challenges faced by many during 2020.

During an extended break for the band, Crabb discussed his choice to become an advocate for ChildFund International. He shared how skeptical he was when they first approached him. Then how he flew into San Salvador, El Salvador, and then was driven out to a small village to meet the first child he would sponsor. The trip converted him and his family now sponsors nine children.

“Until you step on foreign soil, you don’t know how good you have it here,” said Crabb.

Crabb also performed “Being Home for Christmas,” one of the songs from his newest EP release “Home for Christmas.” This performance allowed Crabb’s vocal ability to shine with only acoustic guitar to accompany him.

From Kentucky, Crabb has been honored with 2 GRAMMY awards along with 22 GMA Dove Awards including Artist, Male Vocalist and Song of the Year.

He is the youngest member to be inducted into the Kentucky Music Hall of Fame and his hometown of Beaver Dam, KY recognized him by naming a street as Jason Crabb Drive.

Crabb’s electrifying stage presence, powerhouse vocals and magnetic personality have endeared him to millions across the world – through extensive personal appearances, media coverage, and social media including over 20 million views on YouTube.

In addition to his music, he has penned ten children’s books featuring the Jase the Crabb® who helps to educate children on the Ten Commandments.

The Brownstone has two events left for the fall semester. Thursday, Nov. 18 at 7 p.m. will be PRCC’s Extraordinary Playlist, the annual holiday concert featuring performances by The String of Pearls, PRCC Singers, The Voices, and Jazz Cats. Tickets are $7 for the public.

The Nutcracker will follow with three performances by the South Mississippi Ballet Theatre on Dec. 4 at 2 p.m. and 7 p.m. and then Dec. 5 at 2 p.m. Tickets are $17 for balcony and $22 for orchestra seating.

Tickets are available for purchase at prcc.edu/brownstone/events.