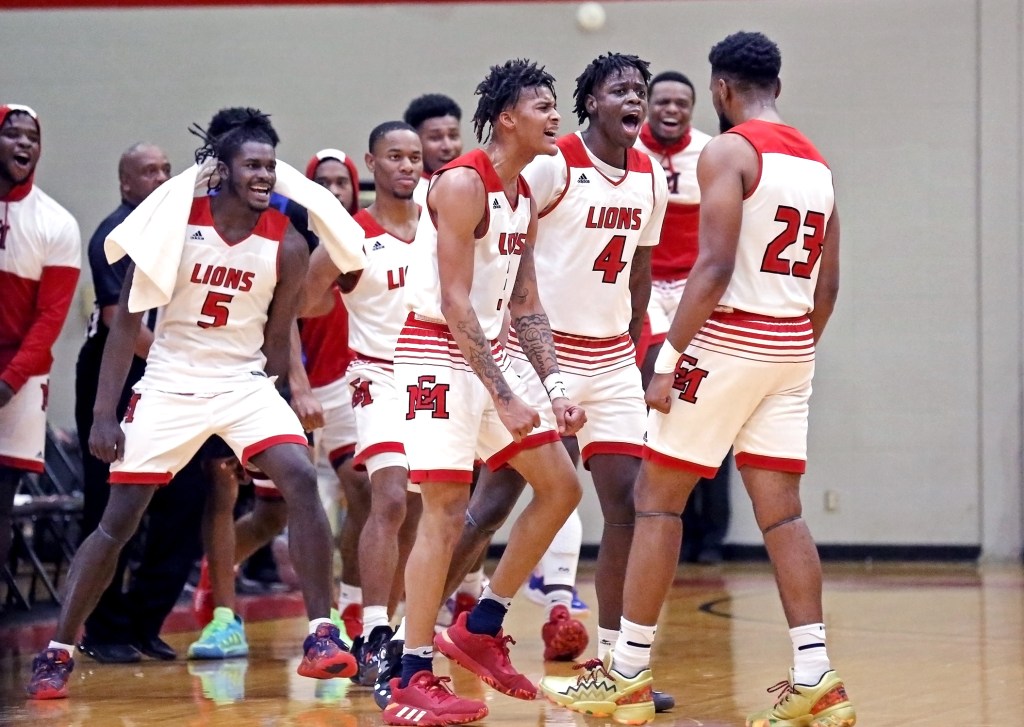 In scoring the game’s first four points, the EMCC women led from start to finish and mounted a 15-point advantage (19-4) midway through the opening quarter.  The Lady Lions’ 26-14 lead following the first 10 minutes of play more than doubled to 25 points (45-20) after a 10-0 run was capped by made 3-pointers from Shakira Wilson and Markiema Lancaster.

After cutting the deficit to 18 points (47-29) by the halftime break, the Lady Bulldogs later used an 11-4 run during the third quarter to trim EMCC’s double-digit lead to 17 points.  However, that’s as close as the visitors would get, as the Lady Lions maintained a cushion of 20-plus points during the entire fourth quarter.

As a team for the game, the EMCC women shot 49 percent (30-61 FGs) from the field and had four players score in double figures.  Lancaster didn’t miss a shot from the field (6-6 FGs) or the line (4-4 FTs) in coming off the bench to score a career-high 17 points.  Siarra Jackson followed with 13 points, while Kyunna Thomas and Wilson added 12 and 11 points, respectively, for the winners.  Thomas, out of Lawrence County High School, also pulled down a career-best 14 rebounds to record her first collegiate double-double.

Holmes was led by Sha’Toria Vigne and Shanbriah Rule with 13 and 10 points, respectively.

Coach Sharon Thompson’s EMCC Lady Lions will hit the road for the first time this season by playing at Coahoma on Thursday (Nov. 4).  Tip-off is set for 5:30 p.m. in Clarksdale.

Monday’s nightcap in Scooba saw the home-standing EMCC Lions jump out to a 17-6 lead over Co-Lin after a put-back slam by Jakorie Smith.  Highlighted by the play of Lerenzo (Trey) Fort, the Wolves steadily chipped away at the deficit during the opening half by forcing seven ties and holding the lead at the intermission.  Fort, out of Florence High School and a transfer from UT Martin, pumped in 24 first-half points, including five 3-pointers and an alley-oop slam, to help Co-Lin to a slim 45-44 halftime lead.

Following the break, EMCC scored the first eight points of the second half to reclaim the lead.  Consecutive baskets by Traemond Pittman later gave the Lions an eight-point lead (58-50) with 11 minutes remaining in the contest.

Shortly thereafter, Fort became a factor again by scoring eight points during a 10-0 Co-Lin run that was capped by Fort’s sixth trey of the game to give the visitors a 63-60 lead with 7:11 left in the game.

EMCC’s Smith, who finished with his 13th career double-double, then scored six straight points to give the Lions back their lead with just under six minutes remaining on the game clock.

With the Lions still clinging to their three-point lead (71-68) heading into the final minute of play, Fort made 1-of-2 free throws with 28.9 seconds left.  EMCC’s JaQuevias Tarvin was fouled after collecting the missed charity toss and proceeded to sink both foul shots to make it a four-point game (73-69).

Following Jemario Hersey’s jam on an offensive rebound that cut the margin in half, Pittman’s 1-for-2 trip to the line kept it a one-possession game with 15.2 seconds left to play.  With the game’s final possession, the Wolves could only manage a forced three-point attempt at the buzzer by AJ Warnsley that failed to draw iron.

Smith’s 20 points and 13 rebounds led the way for the Lions, while Chris Newell followed with a dozen points.  Tarvin and Brandon Deravine contributed nine points apiece to the winning effort.

Fort finished with a game-high 37 points for the Wolves.

Coach Billy Begley’s EMCC Lions stay at home to play host to the Rangers of Northwest Mississippi on Thursday (Nov. 4).  Tip-off is set for 6 p.m. at Currie Coliseum on the Scooba campus.