Blue Devils on a roll after beating Rock-a-Chaws 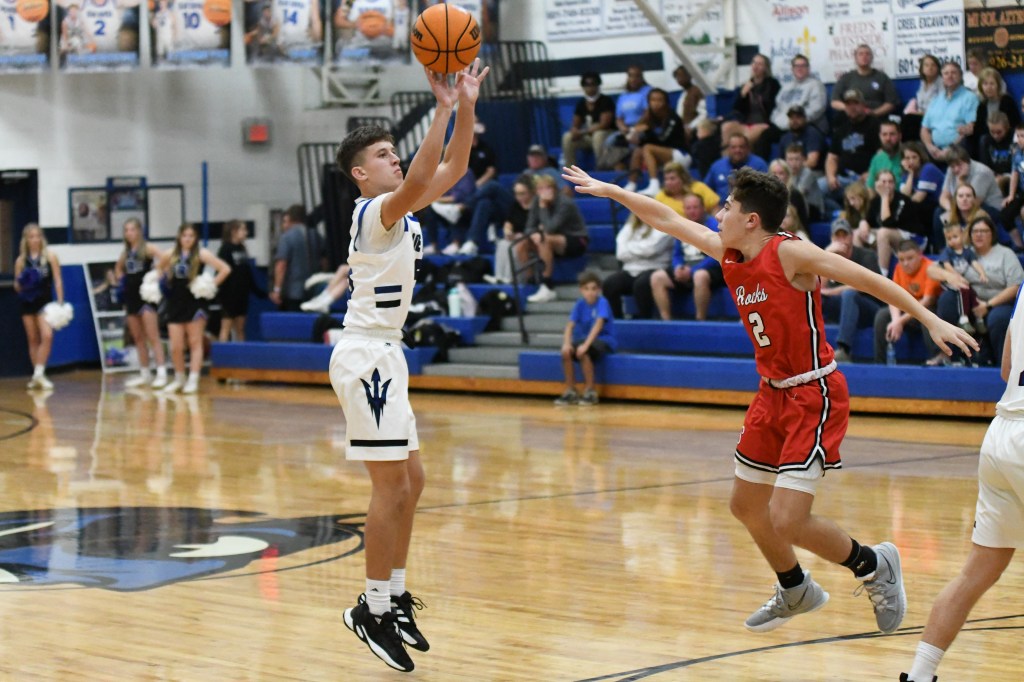 The Pearl River Central Blue Devils (4-0) clinched another win at home against the St. Stanislaus Rock-a-Chaws (0-3) with a 39-29 score.
“We played really well at times, and defensively that was probably one of the better games we’ve had,” said boys Head Coach Scott Stephens. The first quarter was a low scoring game that finished 7-7 and the second half was no different. Then, both teams tied at 11 with 6 minutes to go to the half. Solid defense from both teams kept the scores close through the first two quarters.
The third quarter is when the Blue Devils began pulling away. Heath Brunson hit back-to-back three pointers for the Blue Devils to open up the quarter with a 17-11 lead. After Brunson’s threes, the Blue Devils went on an 11 to 6 run over the Saints to end the quarter. They led 28-16.
The Rock-a-Chaws made their own run to start the fourth quarter going on a 11-0 run making it a 28-27 Blue Devils lead with 3:54 in left in the game. The Blue Devils answered back after Payton Cardona grabbed an offensive rebound and finished the put back. In the following Blue Devils possession, Tyce Yarborough was fouled on a fast break layup. At the line he hit both free throws and pushed the Blue Devils’ lead to 32-27 with 2:45 left to play. In the last minutes of the game, the Blue Devils held the Rock-a-Chaws to one score while they made 4 trips to the free throw line and converted 5 of 7. To cap off the win, the Blue Devils got the steal and Cross Johnson performed a layup at the other end to conclude the game with a 39-29 win over the Rock-a-Chaws.
Holding the Rock-a-Chaws to 29 points in the game was the lowest score the Blue Devils have allowed so far this season.
“I have no concerns or issues on what we did defensively,” said Stephens. On the other hand rebounding wasn’t perfect in his opinion, but the free throws helped the Blue Devils clinch a win during crunch time.
“Rebounding is a concern but our free throws were better tonight,” said Stephens.