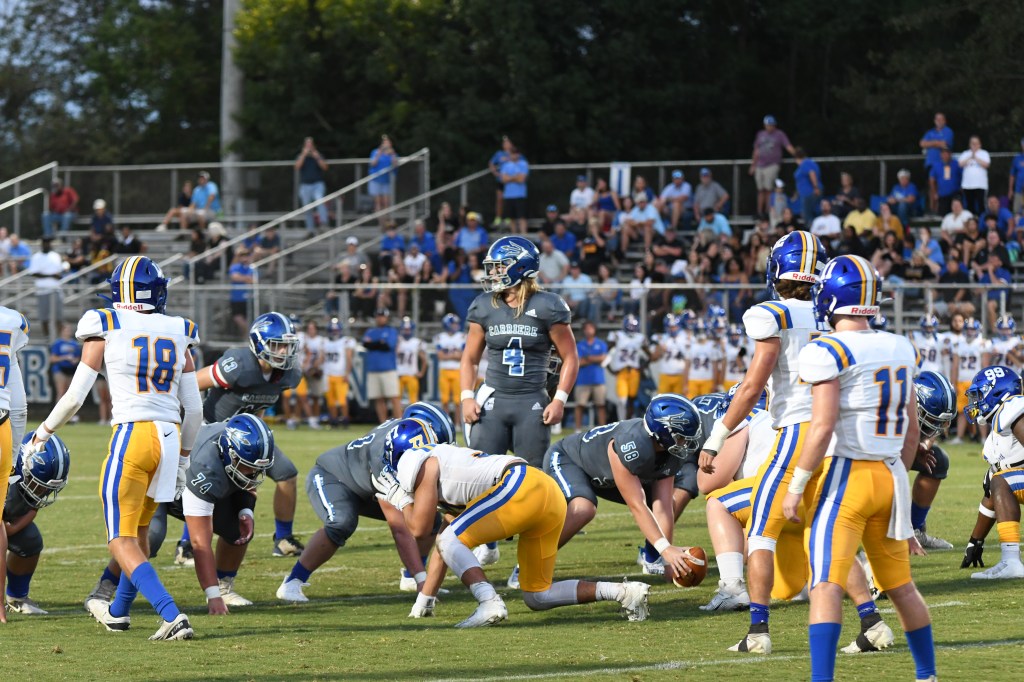 The Pearl River Central Blue Devils (2-7) won the last game of the regular season this past Thursday against the West Harrison Hurricanes (2-8) by a score of 28-7.

The Blue Devils dominated the game and held West Harrison from putting points on the board in the first half.

“We played excellent defense, overall it was a good game and we played well,” said Head Coach Jacob Owen.

Offensively the Blue Devils were on point, the team was able to put up 28 points despite suffering a few player injuries during Thursday’s game.

“It’s always good to be able to win your last game, you’d like it to be at the State Championships but it wasn’t for us,” said Owen.

“Those kids worked really hard this season and they deserve it,” said Owen.

The Blue Devils battled every Friday and held their own in numerous games that could of gone either way for the Blue Devils. The Blue Devils lost three of the seven losses by a margin of 14 points or less. The most noticeable loss was in the team’s season opener at home on Sept. 10 against the Live Oak Eagles where the Blue Devils suffered a heart breaking 35-34 loss.

“We were close in a lot of games. We got to find a way to close that gap and finish,” Owen said. “We are three or four plays from probably being a playoff football team but close doesn’t count in football unfortunately.”