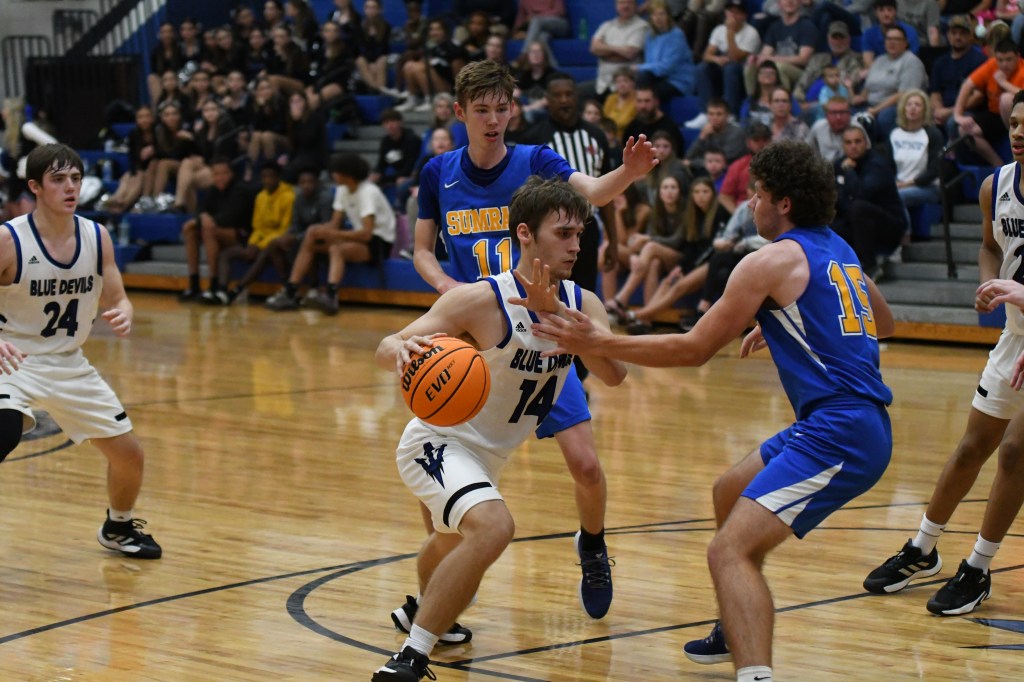 Tuesday’s game was scrappy, both teams pressed man-to-man full court, drew hard fouls, and finished big plays through the night. Stephens went deep into his player rotation this game. He played a lot of his athletes who are returning from the concluding football season.

“A lot of players got minutes, even our returning football players, I wanted to get them acclimated after their return,” said Stephens.

Donnie Lander finished with a team high 13 points for the Blue Devils, and Heath Brunson grabbed a team high seven rebounds. As a team, the Blue Devils shot 41 percent from the field, which Stephens said, wasn’t a good percentage but it isn’t bad,

Free throws were a concern for Stephens after Tuesday night’s game. Too many points were left off the board for the Blue Devils and it allowed Sumrall to keep the game close in the fourth quarter.

Next for the Blue Devils will be an at-home matchup against the St. Stanislaus Rock-a-Chaws (0-2).

“They play disciplined man to man defense and play a respectable game of basketball, it will be a good matchup,” said Stephens.