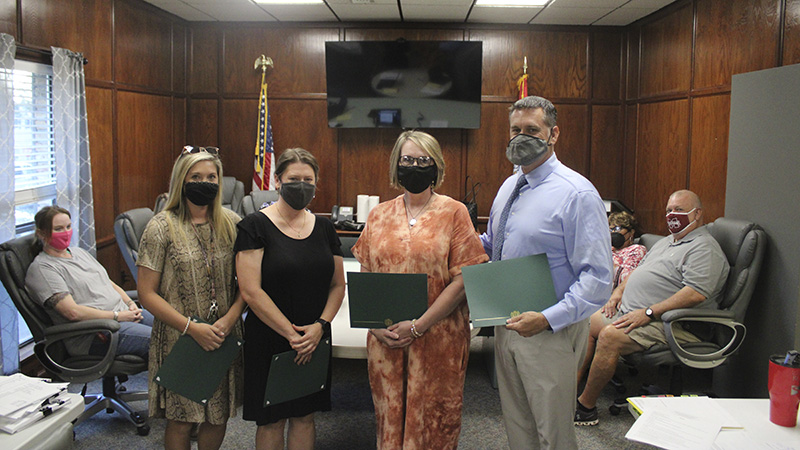 The Poplarville School District’s Board of Trustees met on Monday where its members recognized three teachers and the principal at Poplarville High School for being ranked third in test scores.

During that meeting, the Board recognized three Poplarville High School teachers for achieving the third highest scores in Biology 1 under the Mississippi State Academic Assessment Program. The school’s students received a ranking of proficient advanced based on the average scores recorded on the test. In recognition, the Board recognized Poplarville High School’s Biology teachers Branda Northrup, Margo Sweet, Michele Lee and the school’s principal, Jonathan Ray.

The Board approved the resolution to advertise for a three millage note for capital improvements in the Poplarville School District. Those improvements will be conducted district wide through all campuses.

The Board also acknowledged receipt of a grant in the amount of $10,000 from the 2022 Mississippi State Community Orientated Policing Services. Those funds will be used to offset the salaries paid to school resource officers.

A statement of work agreement with Howard Technology was approved by the Board, which will task the company with assembling smart board projectors within classes at the Middle School of Poplarville.