Poplarville has a chance to take No. 1 spot 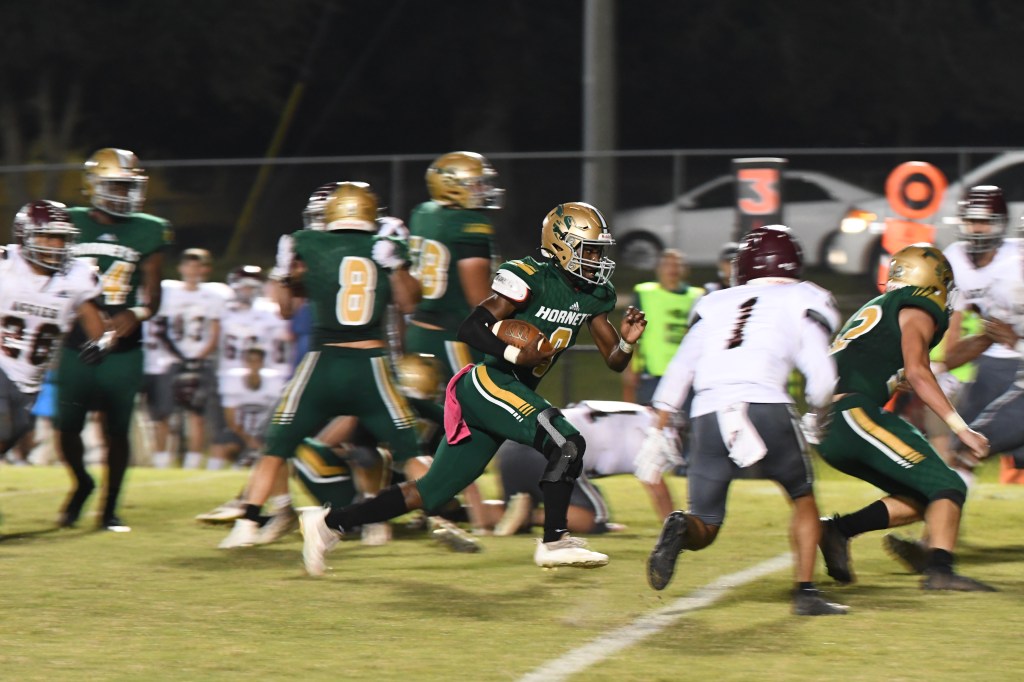 The Poplarville Hornets (7-1) are riding on a seven game winning streak, and the team is matched-up against the Columbia Wildcats (7-1) this Friday. This game was circled on the Hornets’ calendar because both teams have high scoring offenses and hold a 7-1 record and both are coming off multiple win streaks.

Poplarville is looking forward to playing the Wildcats this Friday.

“This is a big time match up, and our kids know it.”

Keys for the Hornets this week will be to slow the Wildcats’ offense. Beech said the Wildcats do a lot of things on offense that complement their athletes. The Wildcats score an average of 32 points per game compared to the Hornets’ 30 points. A two point deficit doesn’t seem like much, but with only two games left until playoffs, every point counts. This week Beech wants the Hornets to continue what they’ve been doing all season, dominating the past seven games, especially at home.

The Hornets will also be at full strength come Friday as they have a healthy roster that is ready for the Wildcats.

The Hornets sit in second place behind the Wildcats for 4A region 7 standing. Hornets hope to knock the Wildcats off that top spot after Friday night. The Hornets will host this match up on Friday, Oct. 22 at 7 p.m.