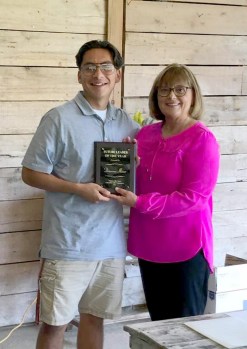 Donavan Minor, was named Future Leader of the Year. He is pictured with Poplarville Chamber of Commerce Board member Carol Campbell Williams. 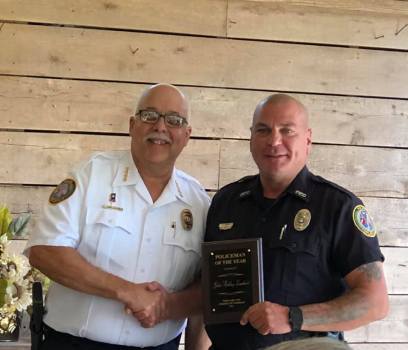 Police Chief Danny Collier presents Ashley Lambert with the award for Police Officer of the Year. 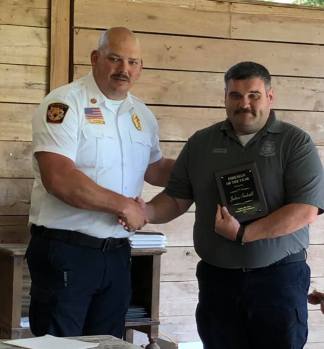 Fire Chief Bannister presents Joshua Stocsktill with the award for Firefighter of the Year. 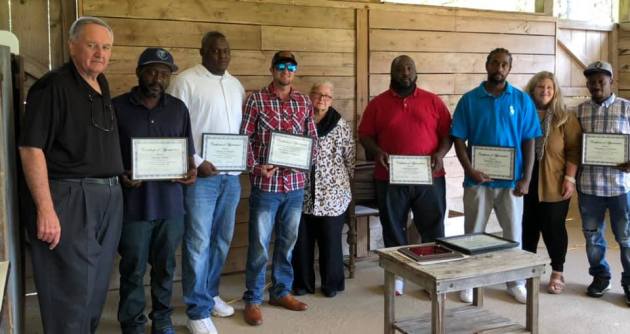 Several employees with in the Poplarville Public Works Department were named City Worker of the Year.

The Poplarville Area Chamber of Commence held its annual awards banquet on Oct. 19 to recognize the outstanding members of the Poplarville community.

Citizen of the Year was awarded to Dr. Carolyn Tedford. Tedford went from having a GED to earning her Masters in Education and a PhD in Educational Leadership and Research from William Carey University.

She was chosen for the award because she is ready to jump into action when there is a need in the community.  She is a two term president of the Poplarville Rotary Club and the assistant governor for the Rotary Club District. She serves on many committees and organizations such as Paint the Town Pink, Blueberry Jubilee, Excel By 5, Women’s Kiwanis Club, and so many more.

Volunteer of the Year was awarded to Shirley Wiltshire. Wiltshire has been an active member of the Poplarville community for many years. She has been a member of the Poplarville Board of Aldermen, Blueberry Jubilee, the Woman’s Club and serves anywhere there is a need. She volunteers for events at First Baptist Church of Poplarville, organizes events to raise money for missions and takes food to shut-ins and others. She is generous enough to drive people to doctor’s appointments and she organized a sewing group that creates dresses and other items for those in need.

Police Officer of the Year was awarded to John Ashley Lambert. Lambert is an exceptional officer who always goes above and beyond. He is willing to step up without hesitation whenever there is a need.

Firefighter of the Year was awarded to Joshua Stockstill. Stockstill has been a part-time firefighter for the Poplarville Fire Department for six years and was a volunteer before that. He serves as a full-time supervisor for Georgia Pacific Mill Fire Department. He always reports to calls even during a day off when there is a need to respond to large incidents. He has a lot of training and education and is a CPR instructor for the department. As a lifetime resident of Poplarville, he helps new firefighters from other areas get to know the community. He has served on several very sensitive calls this year and has helped to comfort and mentor those involved. The Poplarville Chamber of Commerce states Stockstill is a true asset to the community.

City Worker of the Year was awarded to several employees within the Poplarville public works department, including Samuel E. Hale, Oscar Bolton, Seneca White, Colton L Kopszwa, Terrance A. Forrest, Benton C. Davis, Darius D. Threats and Jonathan Swain. The men were described as backbone of the city of Poplarville. They are on call 24/7 to keep the city operating through the pandemic, hurricanes, thunderstorms, heat waves, flooding and those rare snow and ice storms. Due to their dedication and commitment, teh city’s water system is safe and the streets are clear.