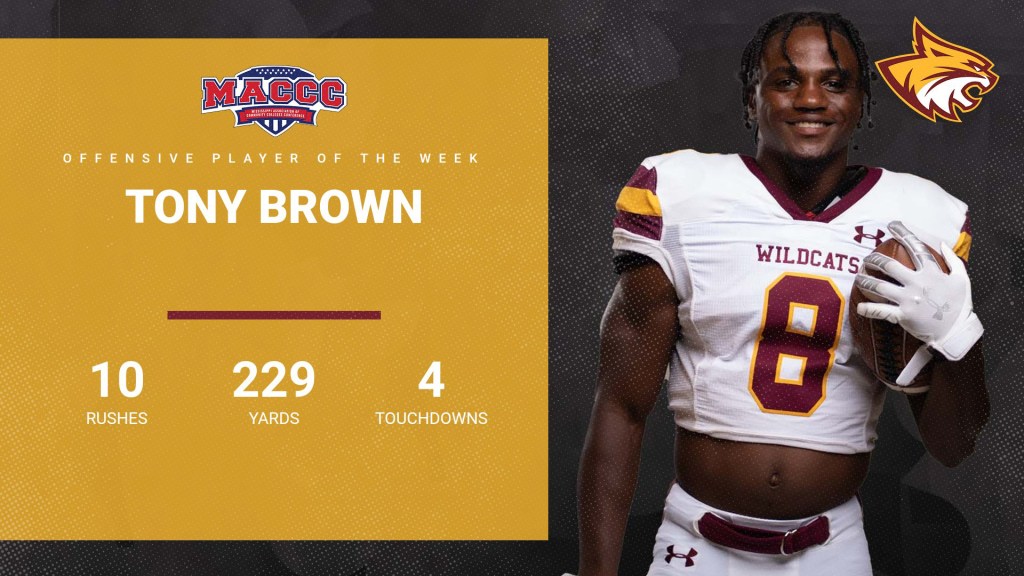 In the Pearl River’s 55-7 victory over Holmes on Homecoming, Brown ran the ball 10 times for 229 yards and four touchdowns.

Against the Bulldogs, Pearl River set a school record by rushing for 534 yards, blowing past the previous high of 457 set in 1993.

Brown leads all Wildcat rushers this season with 447 yards and five touchdowns on 57 carries.

UP NEXT
The Wildcats return to action Thursday as archrival Jones College comes to town for the 91st edition of the “Cat Fight”. Kickoff at Dobie Holden Stadium is set for 7 p.m.

At halftime of the contest, men’s basketball and baseball will be recognized for their 2020-21 MACCC Championships.

TICKETS
Fans are strongly encouraged to purchase tickets in advance to avoid lines. Tickets are available now and can be purchased at PRCCAthletics.com/tickets. General admission tickets can be purchased in advance for $8 or at the box office for $10.