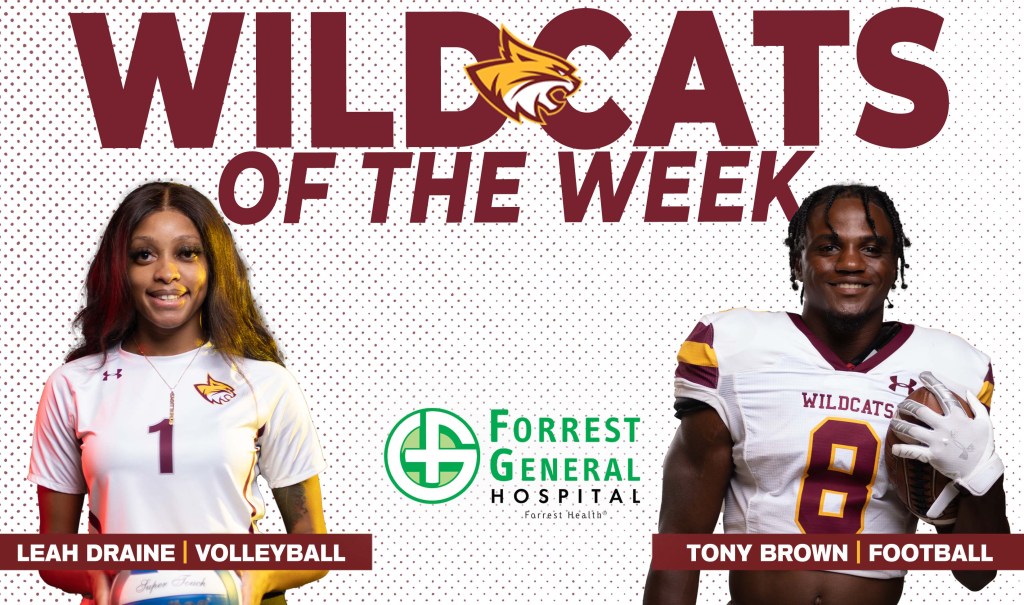 TONY BROWN
In Pearl River’s 55-7 victory over Holmes, Brown finished the contest with 10 rush attempts for 229 yards and four touchdowns.

On the season, the sophomore running back leads all Wildcat rushers with 447 yards on 57 carries.

The sophomore standout has had a fantastic season, coming in at second in the team in kills with 132 and chipping in 80 digs.

UP NEXT
The Pearl River volleyball team returns to action Tuesday as they travel to Senatobia for a doubleheader against Champion Christian and Northwest. The matches are set to begin at 5 p.m.

Pearl River football hosts Jones College in the 91st edition of the ‘Cat Fight’ with kickoff set to take place at 7 p.m.