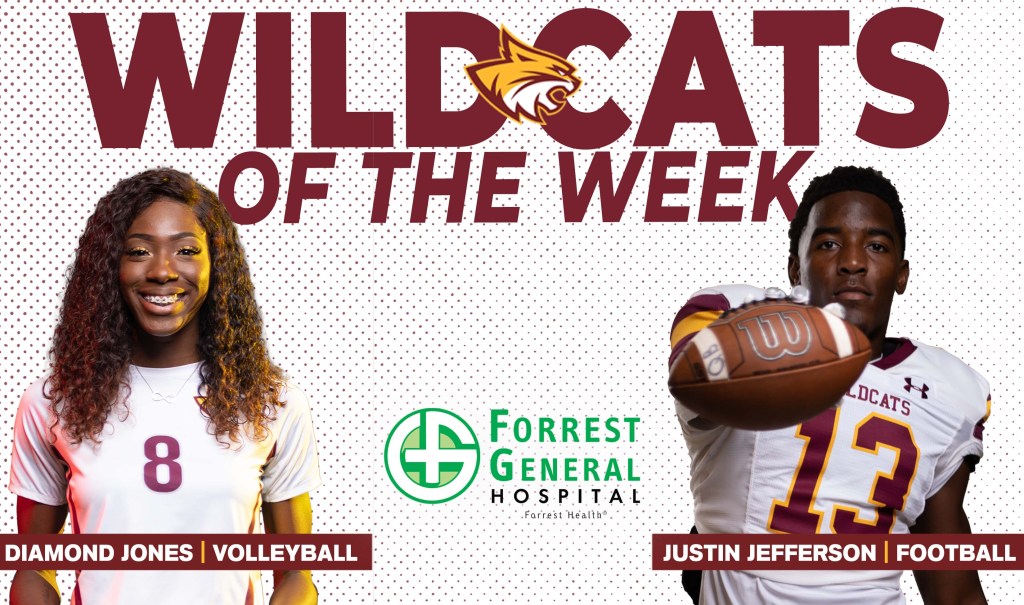 JUSTIN JEFFERSON
The 6-foot-3, 210-pound Jefferson was a leader on the Wildcat defense that nearly toppled archrival and No. 1 ranked Jones College last Thursday.

The linebacker tallied 15 tackles, two sacks, 3.5 tackles for loss and two fumble recoveries in the game.

Pearl River’s defense held Jones College to its least amount of yardage all season in the contest.

DIAMOND JONES
Jones claims her second Forrest General Wildcat of the Week award after winning her first on Sept. 7.

The sophomore has been lethal on the court this season, collecting 227 kills, 97 digs, 27 service aces and 15 assists.

UP NEXT
The Pearl River football team hits the road for the last time Saturday to take on Southwest. The game is set to kickoff at 5 p.m. and will serve as the Bears’ homecoming.

The Wildcat volleyball team returns to Shivers Gymnasium Tuesday to take on Pensacola Christian. The