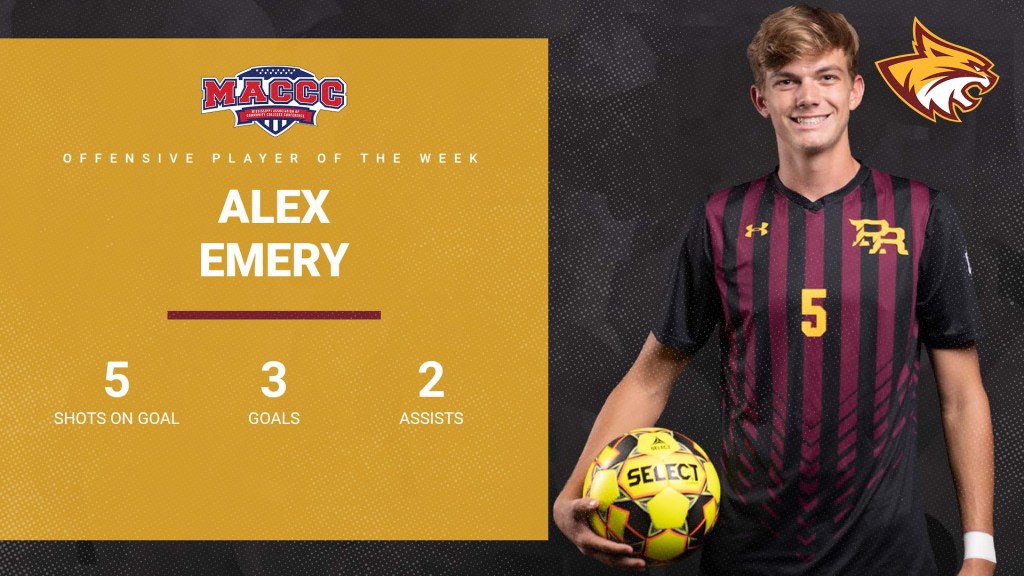 POPLARVILLE, Miss. — Alex Emery (Gulfport; West Harrison) has proven himself to be one of the more versatile players on No. 3 Pearl River (11-0-1 overall; 9-0 MACCC South) roster. He can play center back or full back.
He’s appeared in the midfield, on the wing and even at striker. Emery can add another title to his resume after he was named the MACCC Offensive Player of the Week on Tuesday. The honor comes after another prolific week on the pitch.
The Wildcats swept the conference’s men’s weekly honors as Maddux Francis (Poplarville) was also named MACCC Goalkeeper of the Week. The duo are joined by previous MACCC award winners Andre Nicholson (Kingston, Jamaica; Clarendon College) and Harper Baggett (Ocean Springs).
BIG WEEK
Emery was near unstoppable for the Wildcats a week ago. In PRCC’s 2-0 win at Meridian, Emery scored both of the Wildcats’ goals after starting at left back. On Sophomore Night, Emery netted a goal and two assists as PRCC topped Copiah-Lincoln 4-0.
While Emery’s three-goal week accounts for his entire offensive production on the season, he does lead PRCC in assists with seven.
NEXT UP
The Wildcats conclude the 2021 fall regular season Tuesday at 7 p.m. at Gulf Coast. The rivalry match is set to kick off at 7 p.m. and will be broadcast at Livestream.com/MGCCCBulldogs
For the latest on Pearl River Community College athletics, follow us on Twitter (@PRCCAthletics).
and Facebook (PRCCAthletics).