McCoy named Bulldog of the Week 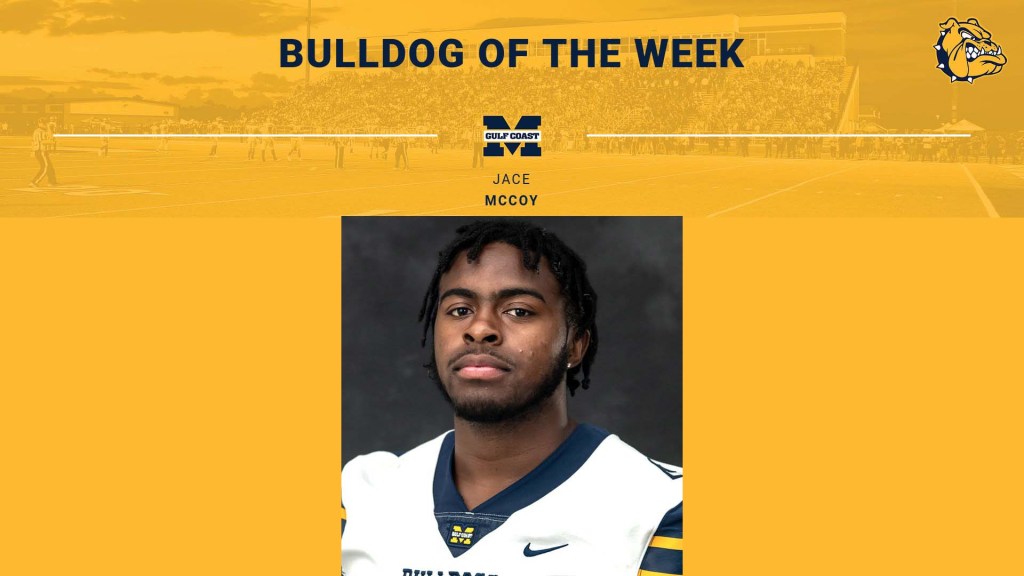 PERKINSTON — Jace McCoy has been named Bulldog of the Week for Oct. 4-10.

McCoy, a sophomore defensive lineman from Summit, had 10 total tackles in a No. 9 Gulf Coast’s 31-13 win over East Central. He had two tackles for loss, including a sack, and a quarterback hurry.

Ivan Gonzalez, a freshman defender from Olive Branch, had an assist while playing as a defender during the Bulldogs’ 1-1 week.

Cam Thomas, a sophomore running back from Picayune, ran for 192 yards on 34 carries. He set a new career high for rushing yards.