Hornets tightening up game for run at district championship 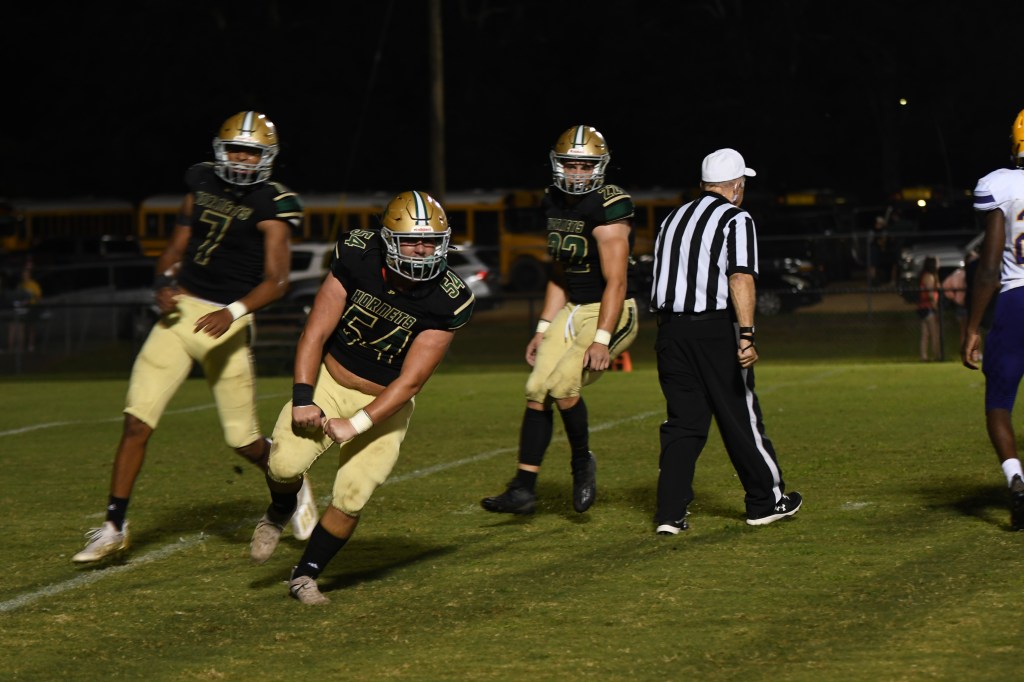 The Poplarville Hornets (5-1) is rolling strong through the season. Now with a fifth win under the team’s belt, the Hornets plan to make it six when Poplarville goes on the road to play the Lawrence County Cougars (4-2), Friday, Oct. 8.

What will make the matchup interesting is that both teams have a similar style of play.

The Cougars is a team known for having skilled players on both sides of the ball. A veteran offensive line also gives the Cougars solid quarterback protection. On defense, the Cougars play with a 5-3 defensive formation, which is different from the Hornets.

To win, Beech said his team has to be more physical than Lawrence County’s, and the Hornets need to keep the number of turnovers and penalties to a minimum.

The Hornets are 5-1 this season. After losing the first game of the season in August Poplarville has seemed unstoppable since.

But every week in a opportunity to improve and get better.

“Nobody played perfect [on Friday], and we pointed out mistakes. That’s what we got this week of practice for, is to try and correct those mistakes,” said Beech.