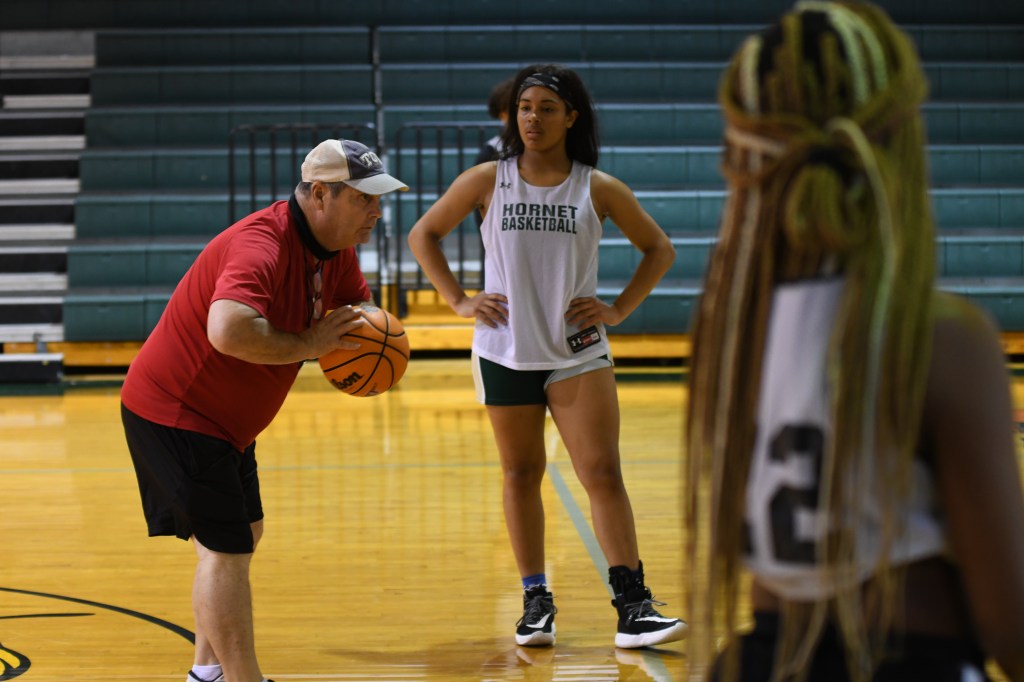 The Lady Hornets look to get the ball rolling with new Head Coach Steve Willey. Willey was named the Poplarville Head Basketball Coach in May. He has 38 years of coaching experience to bring to the table for Poplarville as they get ready to tip off the 2021-22 season

Players will need to expect be in line with Willey’s vision.

“Their expectation needs to be like my expectations, we want them high and believe that we can win every night,” said Willey. More than anything, Willey wants a winning effort.

“A winning effort will get you there,” said Willey.

With over 38 years under his belt, Willey has coached for and against all styles of basketball. When establishing a team’s identity, the Lady Hornets will be a run and gun team, or a transition or slow pace team, it all depends on the player’s personnel.

“If you’re going to run up and down the floor you better have a plan, and if you want to slow the game down you still got to have a plan,” said Willey.

Official practices started Oct. 11, so the Lady Hornets will draw up plans this upcoming season that fit the team’s personnel.

Willey has seen a growing work ethic from his team over the last few months, he also sees high potential for a few of his players. The Lady Hornets will have some experience coming back from last season. Four players will return for the Lady Hornets after they finished the 2020-21 season 8-11 and 2-8 in league games. The Lady Hornets made it to the playoffs last season but fell in the first round to Stone High School.

“I always tell people, nobody cares what you do in November and December, it’s what you do January and February,” said Willey.

Doing well in playoff is exactly what Willey is preparing his Lady Hornets for.