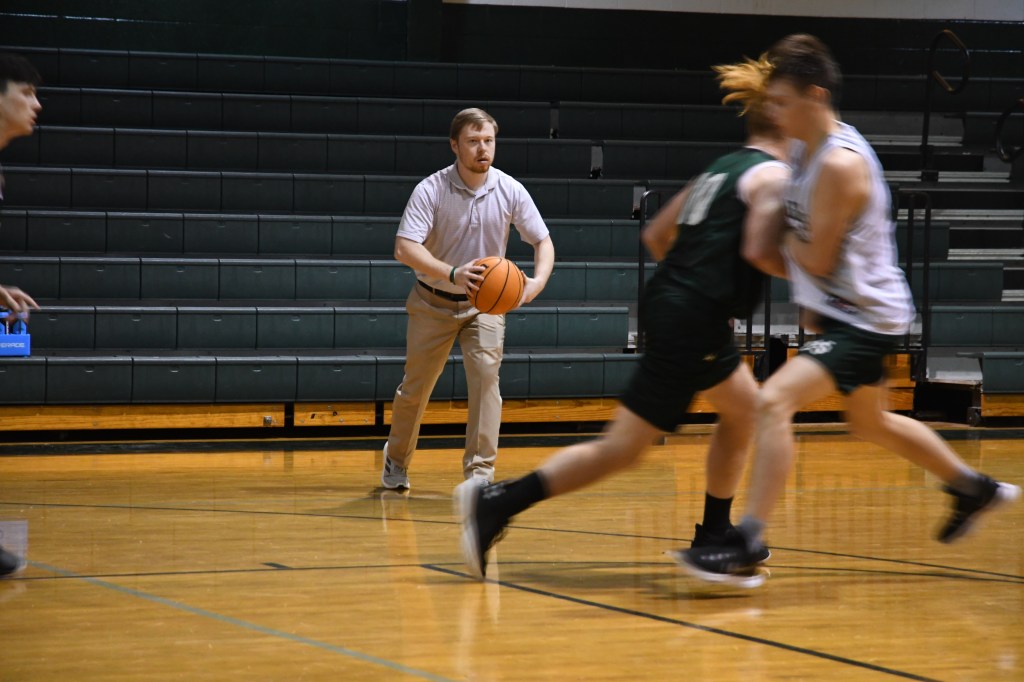 Poplarville boy’s basketball Head Coach Dennan Seal is ready for his first year with the Hornets.

Seal says he has a lot of good athletes on his roster this year, many of which are currently playing on the football team.

Seal expects his Hornets to go through adversity this year; they’re already down six players who are currently playing football. Also if the football team makes a run for the state championship, the basketball team will be nine games deep into the season without those key players.

Seal had on message for his players when dealing with adversity, “You could either make excuses or show up and compete.”

What impresses Seal the most about his team is how hard working they are. Every practice the Hornets compete against one another, even when the team is short six players.

“They’re the roll your sleeves up and get after it type of kids,” said Seal.

Competing is big for the Hornets, but Seal says his team has to get to the point where details and the little things are important. Seal wants his Hornets to be detailed oriented and to compete with high energy.

“Details win games, we’re not there yet but we’re learning,” said Seal.

The Hornets believe they have a chance to complete for a district championship this year. The main goal for Seal is to host a playoff game, which will end the Hornets drought of ever hosting one.

“It would be big time to do that,” said Seal.

The Hornets tip off the season beginning Nov. 9 against South Jones, a home game Seal and his team.

“I think there’s been a little more excitement this year around basketball in the community and administration, I think we’re going to have a good year,” said Seal.