Expect high-tempo and defense from Lady Maroon Tide this season 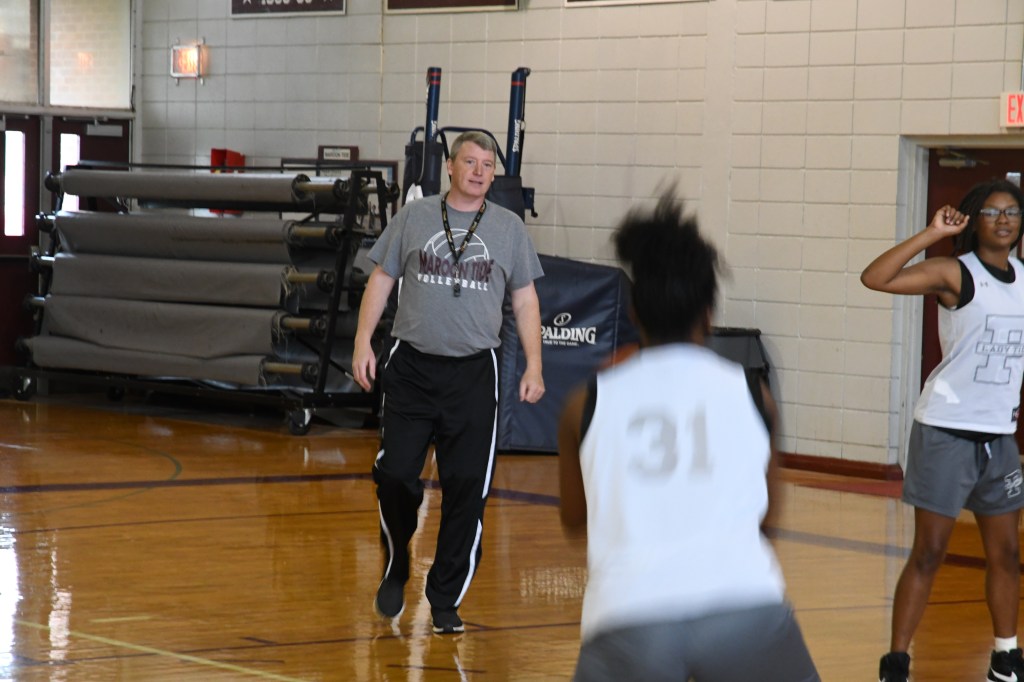 The preseason has been good for the Maroon Tide. They’ve successfully gone through the basics before playing against each other. Entering his seventh year, Picayune’s Head Coach Toby Bush had a really good turn out over the summer with his freshmen class.

“They got their feet wet and we’ve been building on what they’ve learned this fall,” said Bush.

Considering the Lady Maroon Tide didn’t win a game last year, there’s only one way to go with this season’s expectation, up. The players are well aware of it too, and Bush motivates them to give every effort everyday.

“If you want to turn things around, you got to do a little extra to get yourself in that position,” said Bush.

Bush’s words of motivation have resonated with his team. Players are expected to show up for practice 15 minutes early practice to get extra shots up, which ensures everyone is on time and motivated in every practice.

The Hornets didn’t scrimmage this summer but they did practice almost everyday. With such a young and inexperienced team, Bush knew jamborees and scrimmages would have been a waste, so they spent the summer getting used to the language, intensity, and the drills they run to create something to build upon.

“We’re going to take our lumps because we’re young and inexperienced, but we’re going to be lot better after Christmas just because we’ve got that experience under our belts and know what to expect. We’ll know how to practice and how to prepare,” said Bush.

With the athletic talent Bush has at his disposal, he wants to be an up tempo team, but it will be sometime before they become successful. Bush first wants to build a solid half court offense in case opponents slow down their high tempo offense.

“You got to have something to fall back on, but I want up tempo, I want to pressure, I want to able to run and take advantage of what we can do well,” said Seal.

That being said the Maroon Tide will be a defensive team first, Bush wants to have a solid on the ball defense, and solid rebounding.

The Lady Maroon Tide will see this season’s first opponents this Saturday, Oct. 23. The team will play against Moss Point and Ocean Spring in a jamboree hosted at D’Iberville High School.

“They’re so ready to get to Saturday’s jamboree, they want to see where they’re at.” said Bush.

Then, they open the season at Vancleave on Oct. 28 followed by East Central on Oct 30 for the Gulfport Classic.