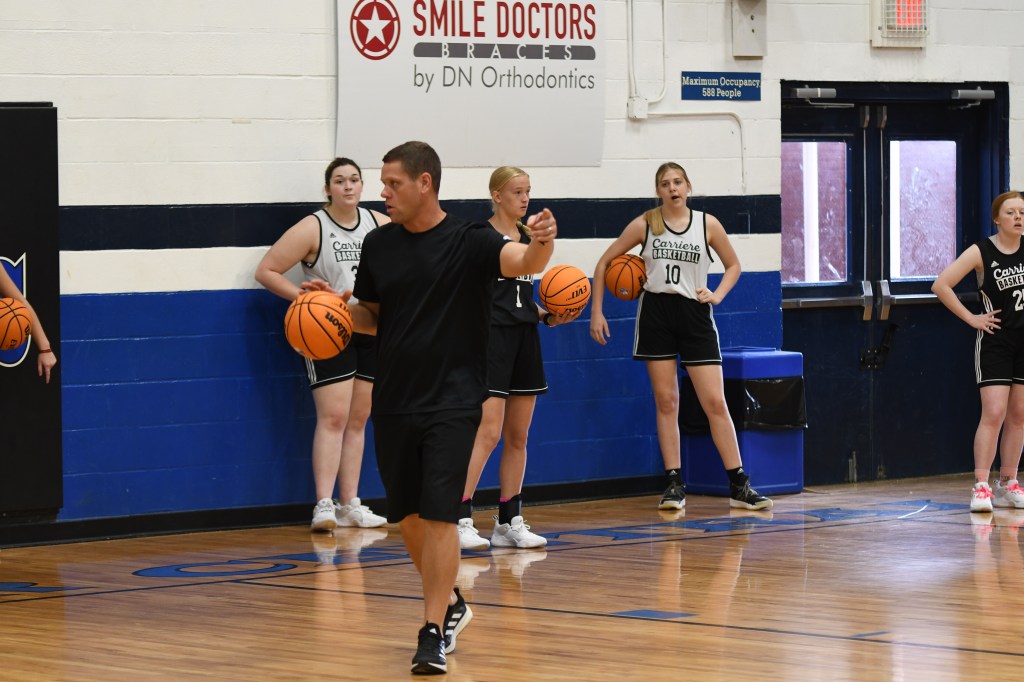 Blue Devils basketball season is near, and girls varsity Head Coach Cliff Bauer is looking for a deep run in the 2021-22 playoffs.

That bond between his players landed them in the sweet 16 in last year’s playoffs and in that same year they won their first playoff game since 1988.

“We did good, as far as Pearl River Central standards,” said Bauer.

Most the team will be returning as juniors this season as they chase the title of district champions. Last year they came up short, placing second behind Hattiesburg. But with last year’s district champions moving from 5A to 6A, Bauer feels good about the chances of clinching district this year.

“We should be favored to win this year, and that’s the goal, district champions,” said Bauer.

Bauer prides himself on his players being good teammates and playing hard.

“They give everything, every practice,” said Bauer.

Bauer said he doesn’t yell much in practice, which is not traditional in the basketball world.

“My philosophy is a little different, I don’t punish my kids by running, I need my kids to love running not hate it, which is difficult,” said Bauer. “If I can get them to love running then they can see that it is just as important as the practices we put in.”

In his eyes, his philosophy translated to the success the Blue Devils had last year, winning 15 games and making it to the sweet 16 tournament.

The Blue Devils are a transition, quick shot oriented team. Bauer will mix it up on defense, playing man to man or zone and even throw in a full court press now and then.

“One thing I differ from a lot of coaches is we pull it a lot (shoot threes), we don’t hesitate,” said Bauer.

With the first official practice starting on Oct 11, the Blue Devils will be seeking a district championship and to finish further than last year’s sweet 16 run.

The Blue Devils will have a few scrimmages to play before their season opener. They are scheduled to play in a jamboree in Oct. 23.