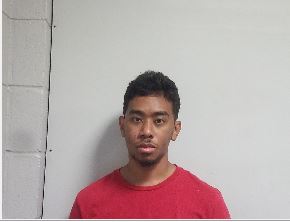 On 27 October 2021, the Biloxi Police Department arrested 25 year old Marcus Tyrone Geddis of Columbus, GA on a warrant for alleged False Reporting of a Bomb. The arrest resulted from an investigation involving an alleged threat communicated by telephone to a business in the 2600 block of CT Switzer Sr. Drive on 19 October 2021. Geddis allegedly called the business stating there was a bomb in the dressing room. Officers on scene determined this to be false. Evidence collected and statements obtained during the investigation allowed Biloxi Police to develop Marcus Tyrone Geddis as the alleged suspect.