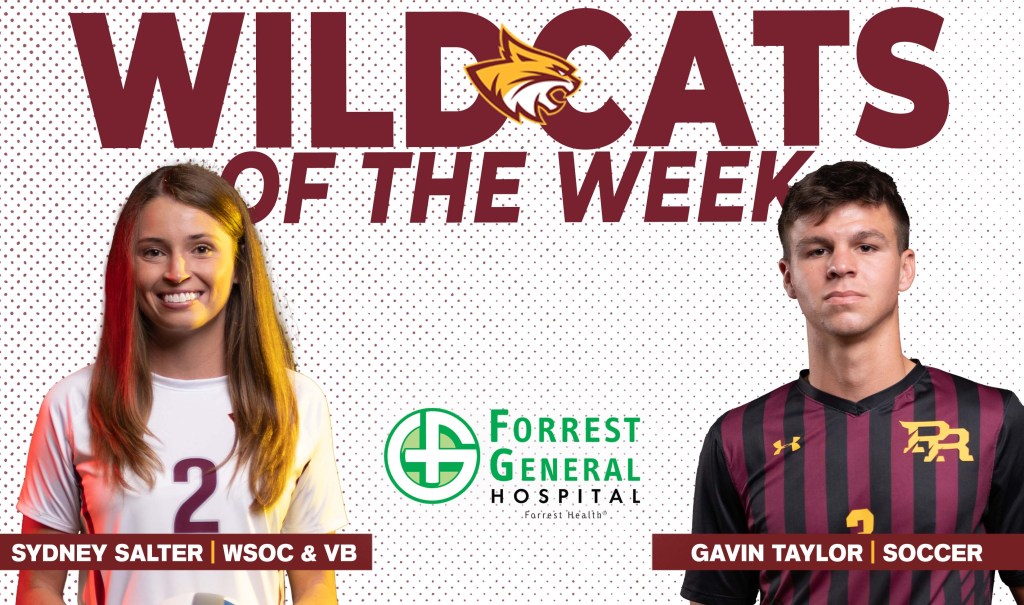 SYDNEY SALTER
Salter had a great week on the volleyball court and the soccer pitch for Pearl River last week.

With the Pearl River volleyball team, Salter helped lead the Wildcats to a 2-1 record, recording 73 digs and seven assists in the process.

Salter has been a fantastic defensive player for the Wildcats this season, tallying 211 digs and 22 assists.

In her soccer kit, Salter helped lead the Wildcats past Copiah-Lincoln by assisting on the game-tying goal and then netting the game-winner in the 2-1 victory.

In addition to playing three sets in volleyball Friday, Salter rushed over to the soccer complex to play in the final minutes of Pearl River’s contest against Gulf Coast.

GAVIN TAYLOR
Taylor was a leader along the back line for the Wildcats last week, helping them claim a 2-0 victory over Copiah-Lincoln and a 3-1 win against No. 8 Gulf Coast.

Along with playing good defense for the Wildcats, Taylor also tallied an assist in the matchup with Gulf Coast.

The William Carey transfer has made an immediate impact on the Wildcat defense that has conceded just two goals and claimed five clean sheets.

Pearl River has been the stingiest defense in the country through the beginning part of the season, holding a goals-against average of 0.28.

UP NEXT
The Pearl River soccer programs return to action on Friday as they travel to Itawamba. The matches are set to begin at 2 p.m. The volleyball team hits the road Wednesday to take on Lawson State at 5 p.m. before returning home Saturday to take on Bevill State at 2 p.m.