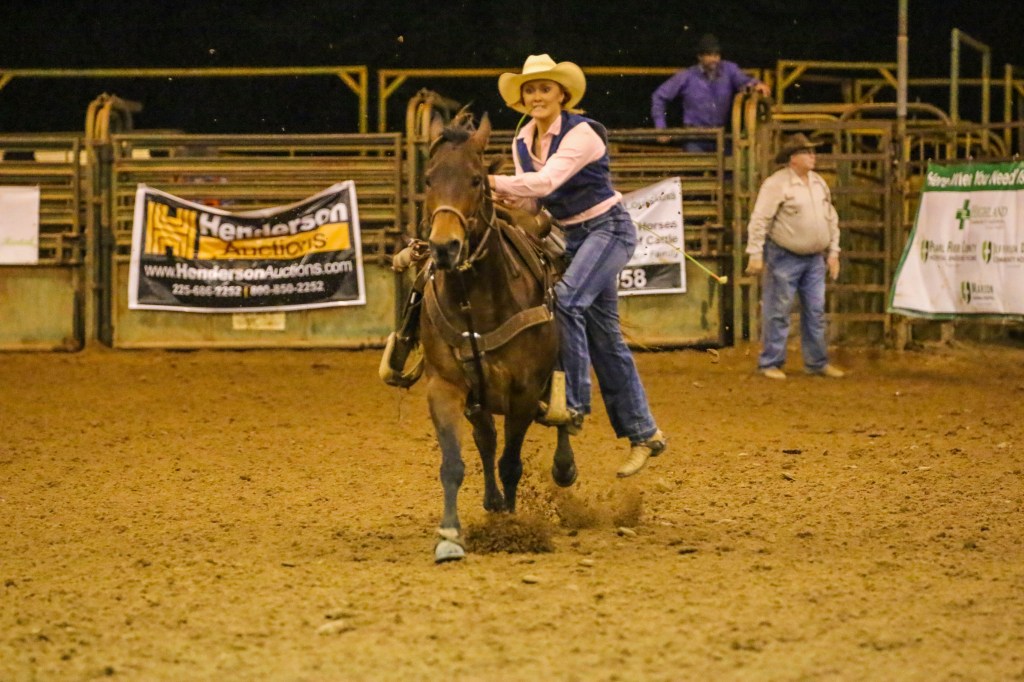 MARSHALL, Mo. — The Pearl River rodeo team got its season started this weekend when the Wildcats competed in the Missouri Valley College rodeo.

“I think that we had a decent rodeo overall,” coach Frank Graves said. “We did not do as good as I thought we would, but I think for our first one of the year it was pretty good.”

Jeb Stewart (Lucedale) and Blake Lyons (Ethel, La.; Siliman Institute) tied for third in the first round of team roping but were unable to register a time in the second round.

“I was really impressed with Molli Rae,” Graves said. “She really finished strong to split third and fourth in a tough event. It was a tough breakaway roping that was out of 87 girls. She’s also got an injury, so I was happy to see her do so well.”

The rodeo team’s next competition will be Sept. 30 when they travel to Livingston, Ala. to compete in the West Alabama rodeo.

Hornets energy not enough to take down Stone