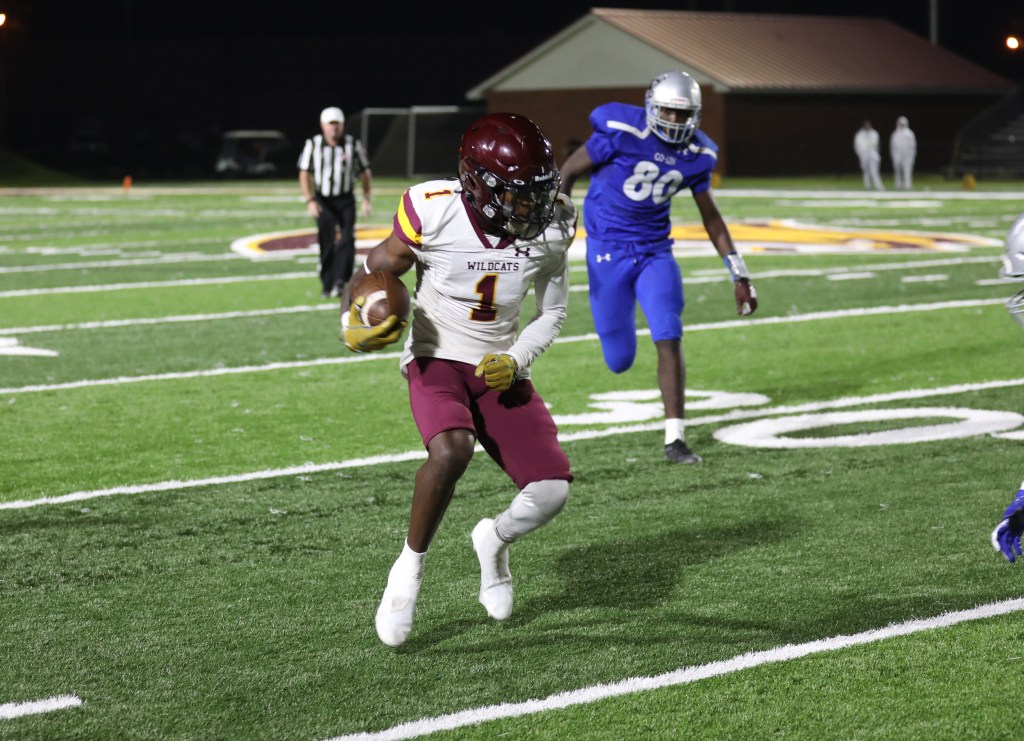 POPLARVILLE, Miss. — The Pearl River football team hits the road Thursday to take on East Central at Bailey Stadium. The game is set for a 6:30 p.m. kickoff.

“We’ve got to keep doing what we do, and we’ve got to protect the football better,” he said. “We played two great quarters of football last week but were unable to piece four quarters together. I think we have a good football team, but we have to stop doing things that hurt ourselves. We need to play complete football.”

Despite losing the contest, Smith was able to be positive about his team’s effort.

“Our effort is much better and we’re playing harder,” he said. “Our execution just hasn’t been great. We need to do things to execute and keep ourselves in the ball game for all four quarters. The positive for me is that that the kids played hard.”

The Pearl River defensive unit has been a bright spot for the Wildcats in the early going.

“Our defense in three games has two defensive touchdowns,” Smith said. “We’re just not complementing that on offense. They’re doing a great job getting turnovers, but we’ve got to get points out of them.”

Tavion Smith (Hattiesburg; Oak Grove) leads the team in receiving with 118 yards on nine receptions while Eric Poellnitz(Mobile, Ala.; Mobile Christian) comes in at second on the team with seven catches for 73 yards.

The Warriors have leaned on the passing game this season averaging 163 pass yards. They rush for 86.8 yards per game.

The ground game is led by Larry Wilson who has 249 yards and one touchdown this season.

Keyser Booth has been a force at receiver for the Warriors, catching 18 passes for 249 yards and three touchdowns through the first four games.

The defensive unit ranks fourth in the country in interceptions with six.

“East Central is another established program,” Smith said. “Their coaches have been there for several years. They’re a structured program and they know who they are. We’re going to get a team that plays hard. We just need to control what we can control.”

Smith feels that his secondary will be the key to victory Thursday.

“The secondary needs to do well for us to succeed against them,” Smith said. “Other than two blown assignments our secondary has been fantastic all year. They’ll be challenged but I think they’re up for the challenge.”

“We’re happy for ‘Frog’ and we’re happy for coach Will Hall getting him,” Smith said. “He is a tremendous player and he’s a great team player. I think he will help them a lot as they continue to rebuild Southern Miss.”

Jones has been a reliable option for the Wildcats in his career, hauling in 53 passes for 691 yards and three touchdowns. At the conclusion of the 2020 season, Jones was named First-Team All-America by JCGridiron.com.