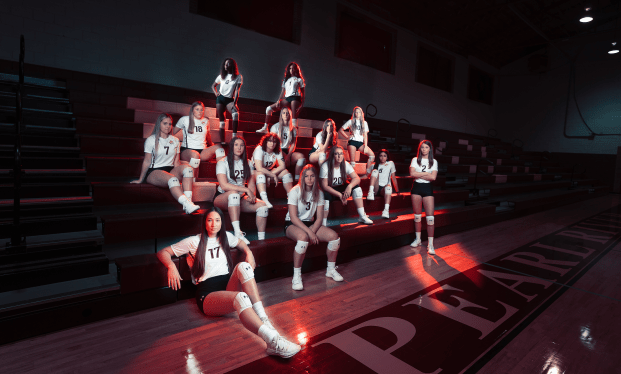 “It was our first time to beat Lawson at home in program history, we are pumped,” head coach Haley Chatham said. “Lawson is loaded up with big hitters who swing from anywhere they want. It took some time to adjust our defense but as soon as we did, we were able to put together a few runs that gave us the advantage.”

Pearl River (6-1 overall) claimed the first point of the set; however, Lawson state (1-6) went on to claim the next five, putting the Wildcats in an early hole.

Pearl River came roaring back to draw even at 5-5 and the theme from that point forward was back-and-forth until the Wildcats pulled ahead late to claim the first set 25-23.

The second set was similar to the first as the pair of teams exchanged blows. Diamond Jones (Gonzales, La.; East Ascension) and Leah Draine (Mobile, Ala.; Mattie T. Blount) began to make their presence known in the latter half of the set. Pearl River went on to claim set two 25-22.

Pearl River’s dominance was on display throughout the third set. Wildcats started the set on a 5-0 run through the excellent serving of Juliana Overstreet(Vancleave). They went on to claim nine of the first eleven points of the set before running away with it, claiming the win and sweep by a score of 25-16.

Jones continued her early-season dominance on the offensive side for the Wildcats.

“Diamond played fast so she was able to beat their blockers and put balls on the floor,” Chatham said.

“Julianah kept rallies alive with great saves and put up some great kills of her own,” Chatham said.

Draine put up an impressive showing as well and Chatham was excited with the way she played.

“Leah commanded the court with her outside attacks and mixed up her shots to score,” she said.

“We relied heavily on Sydney’s digs and passes the entire match,” Chatham said. “She was very good tonight.”

The Wildcats will return to action on Tuesday as they travel to Bevill State. The match is set to begin at 7 pm.

No. 10 Pearl River draws against No. 7 LSU Eunice

EUNICE, La. — No. 10 Pearl River battled hard in its season opener against No. 7 LSU Eunice on Thursday, playing... read more