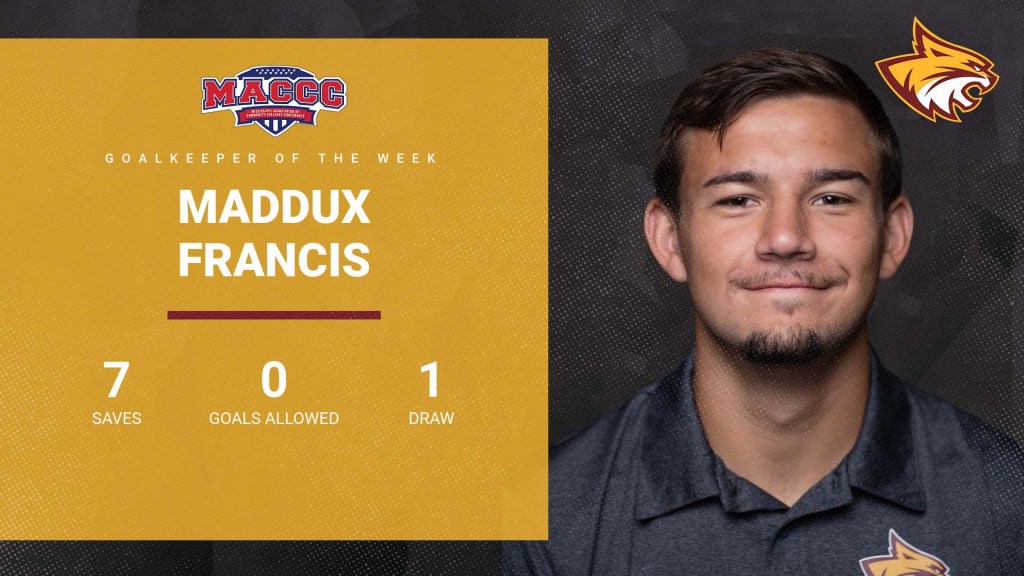 POPLARVILLE, Miss. — No. 13 Pearl River’s Maddux Francis (Poplarville) has been named the Mississippi Association of Community Colleges Conference Goalkeeper of the Week, the league recently announced.
Francis claimed the award after his phenomenal performance against NJCAA Division I foe No. 9 LSU Eunice. The freshman shot-stopper played 110 minutes in goal in a 0-0 draw against the Bengals, making seven saves along the way.
Francis is the second Wildcat student-athlete to be recognized by the MACCC in as many weeks. Last week, women’s soccer’s Aníta Guðmundsdóttir (Kópavogur, Iceland.; Flensborg) claimed the award after making 12 saves against then No. 2 Holmes.

UP NEXT
Pearl River returns to the pitch on Friday as rival Jones College makes the trip to the PRCC Soccer Complex. The match is set to begin at 7 p.m. and will be livestreamed at PRCCMedia.com/gold.
For the latest on Pearl River Community College athletics, follow us on Twitter (@PRCCAthletics) and Facebook (PRCCAthletics).