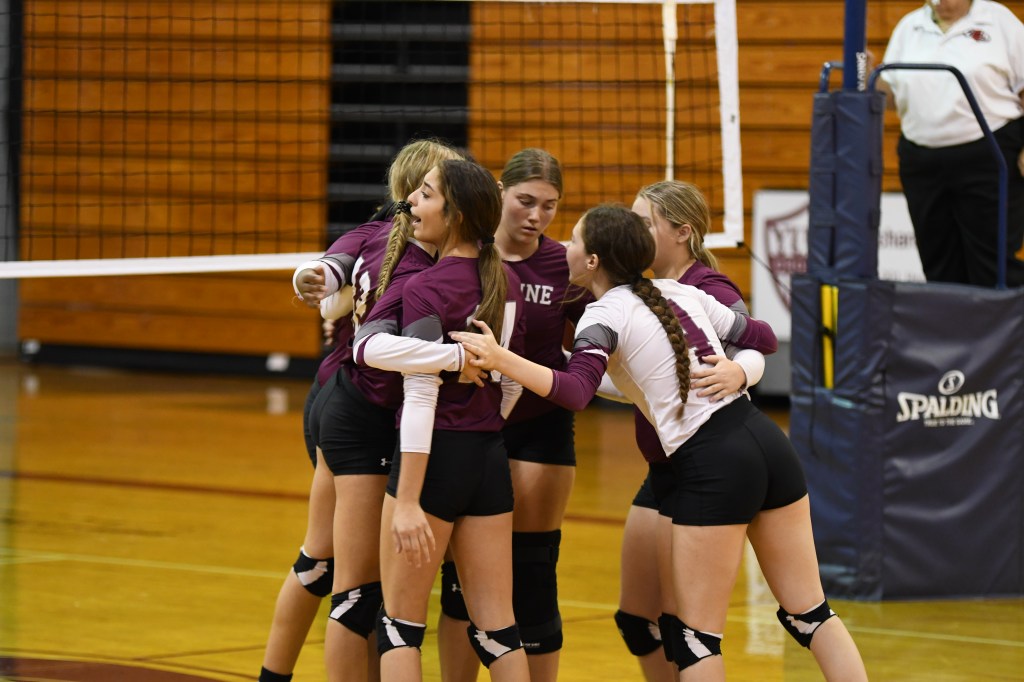 The Maroon Tide fell in the team’s second matchup of the season, this time against the West Harrison Hurricanes.

“We did play them a whole lot better than we did the last time we played them, said Head Coach Courtney Dickens.

Maroon Tide was out sized on offense by West Harrison but the ladies stood strong on defense. Multiple blocks by the Maroon Tide caused West Harrison to adjust their game plan. Reese Sorrells, Annaleigh Robbins and Amyiah Marks contributed key blocks for the Maroon Tide. After the Hurricanes made those adjustments the team eventually took back control of the game.

The Maroon Tide’s serves are improving with each game.

“We really came around on our serves,” said Dickens.

On average, the Maroon Tide has been serving eight balls out of bounds per set but the ladies were dialed in on Thursday, only allowing three balls to go out of bounds.

“That was a big improvement,” Dickens said.

West Harrison is 8-4 on the season, standing in second place in

The next matchup for the Maroon Tide will be at home on Sept. 20, at 6:30 p.m. against the Stone County Tomcats of Wiggins, Mississippi.

This will be the first matchup between these two teams after the first scheduled game in August was canceled due to Stone County’s transition to virtual leaning following a COVID-19 outbreak.

Dickens said Stone County will be a tough matchup for the Maroon Tide but it’s been an even match between these two schools in previous years. In the last two years the series is split 1-1.