Maroon Tide up for the challenge against the Bulldogs’ running back 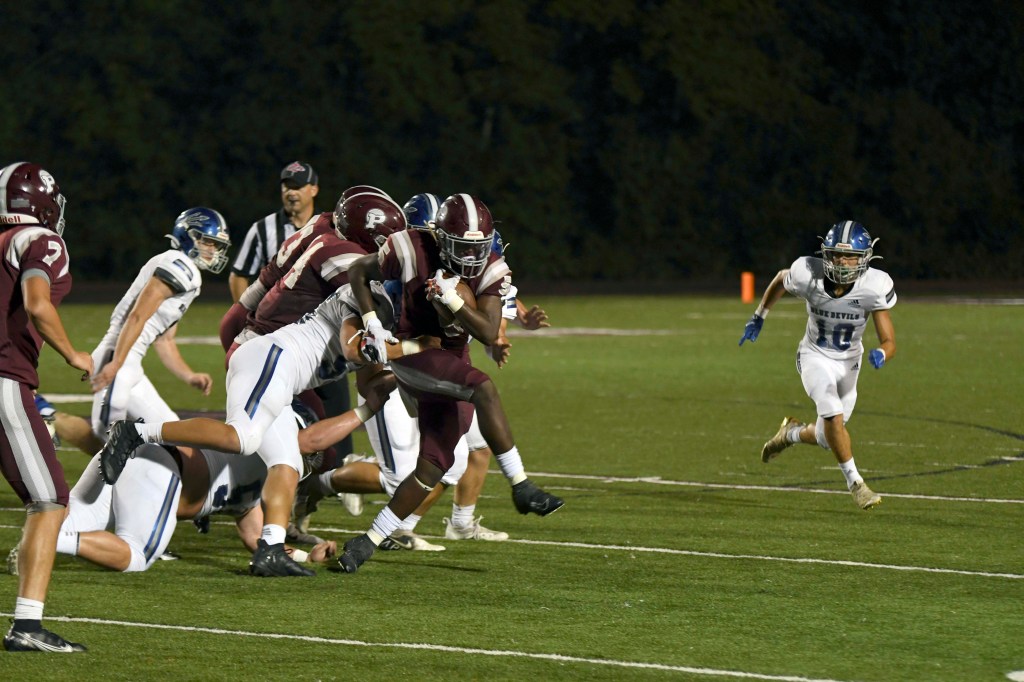 The Picayune Maroon Tide (4-1) will be at home against the Vancleave Bulldogs (3-3) this Friday.
The Bulldogs have a strong running back that leads the state in rushing yards with 1,087 yards through six games.
“He’ll be the best tailback we’ll play so far,” Head Coach Cody Stogner said.

Stopping their running back will be important for the Maroon Tide come Friday.
“It’s going to be a good challenge for us,” said Stogner.

Defensively, the Hornets will have to tackle effectively.
“It’s going to be a collective effort on our defense,” said Stogner.

On offense, Stogner wants to continue the success the Maroon Tide has seen so far this season, which will mean his players need to hold on to the ball and execute plays.
“If we do our job and play with great effort and attitude then I like our chances,” said Stogner.

Maroon Tide defensive tackle, Zavion Coleman may potentially return to the field for Friday’s game against the Bulldogs. Zavion’s been out for two weeks after suffering a small elbow fracture during a recent game against Gulfport. He’s expected to be cleared by medical staff this week.

The Maroon Tide play host to Vancleave as part of the team’s Homecoming festivities. Homecoming maids will be introduced starting at 6:30 and kick off will be at 7 p.m.