Maroon Tide basketball humble yet hungry for the 2021-22 season 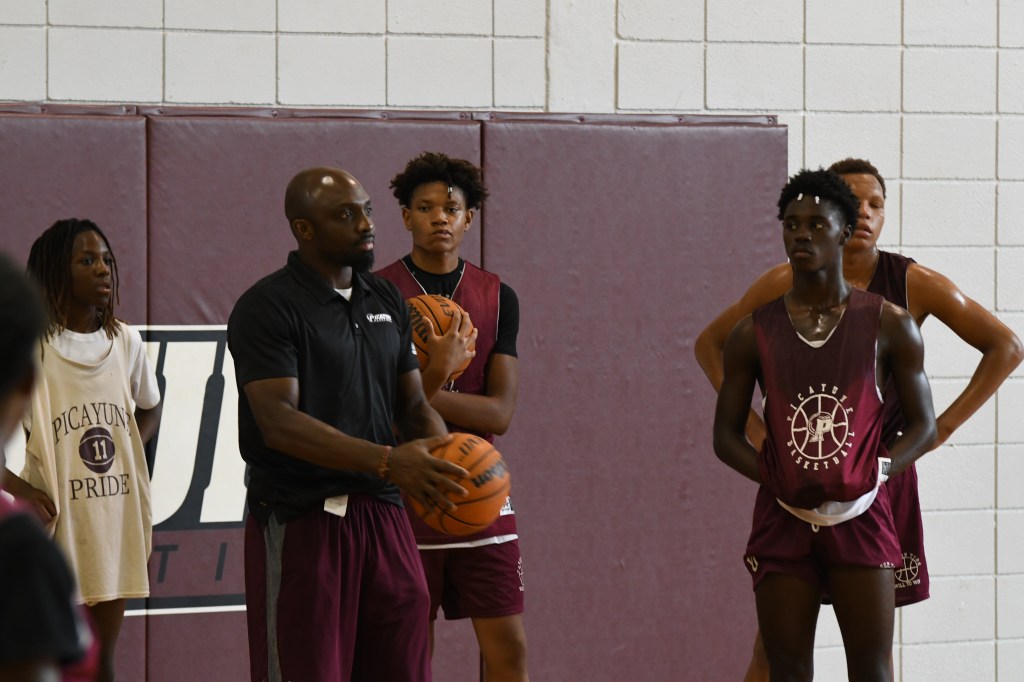 Maroon Tide basketball is getting ready for the first tip off the 2021-22 season. Head Coach Eric Vianney will be heading into his fourth year as Maroon Tides varsity basketball coach with a fairly young team this season; their roster will have six returning juniors.

“We want to do better than we did last year, we want to put ourselves in the position to compete for that gold ball,” said Vianney.

Last season, the Maroon Tide finished 20-9 after their season ended in the third round of the playoffs due to loss to Forrest Hill High School.

It’s a constant reminder to the team that they lost two years in a row in the third round of the playoffs to Forrest Hill.

“I want these guys to remember that last game, and how they felt and look within themselves to get to that level so once we’re there again well be ready,” said Vianney.

With the preseason beginning on the Oct. 11, strength, conditioning and getting their minds right for the season is the main focus for the Maroon Tide. This year, Vianney wants to win another 20 or more games.

“I want them to be humble and hungry to win,” said Vianny.

Vianney creates bonds with each of his players and having that bond resonates with the whole team.

“When I’m on the floor I’m a different guy, but once we’re off the floor I let them know it’s not a coach anymore that’s talking to you,” said Vianney.

“The key is to show them that you care about what they’re doing, and it’s not just by talking, you got to show and prove it to them, to get the best out of them,” said Vianney.

Vianney keeps his players focused on and off the court. First thing they talk about before starting every practice is their grades. He implements study hall for some of his players so they can get a taste of what it is like in college.

Vianney doesn’t like putting too much expectation on the season. Since the Maroon Tide has potential to make a play for a state championship, Vianney stays level headed and focuses on the team’s chemistry.

“We might have a good group, we might have potential but importantly we have to come together as a team, if we fail to do that, then we didn’t do good,” said Vianney.

“That’s why I don’t get too high or too low, I try and stay right at the middle, a mixture of us staying humble and staying hungry.”

M-Braves Even Series After 8-5 Win in Montgomery on…