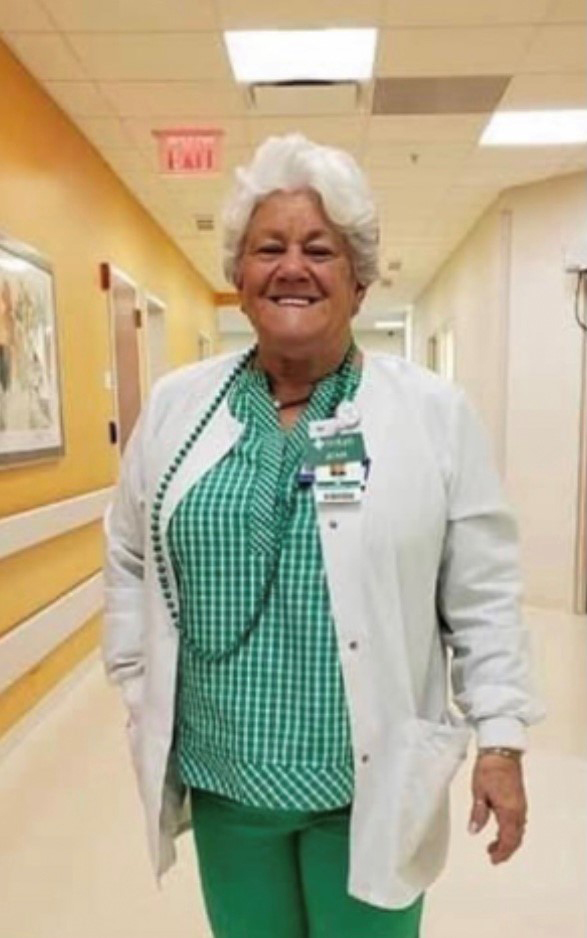 Joan Jeffries Knipper, 75, of Carriere, MS passed away on September 16, 2021, in Dayton, OH. Joan was a member of St. Charles Borromeo Catholic Church in Picayune, MS.  Joan was born in Columbus, OH to Justin Norman and Doris Browning Jeffries on August 31, 1946. She graduated from Escambia High School in Pensacola, FL in 1964 and Pensacola Jr. College in 1966, where she received an A.D. in their R.N. program. She met and later married James (“Jim”) Edward Knipper on June 15, 1968, in Pensacola at St. Stephen’s Catholic Church.  Joan’s nursing career spanned 55 years, where she worked in Emergency Rooms and Outpatient Surgery centers in 6 different states.  Joan was a selfless, hardworking, knowledgeable, compassionate, and optimistic colleague and mentor. She lived life to the fullest and spent as much time as she could with her toes in the white sandy beaches of Pensacola and Gulf Shores. Joan was a proud and dedicated mother who always made time to attend her kids’ or grandkids’ sporting events. You always knew where she was without seeing her in the stands. Joan was a cheerleader in high school, college, and throughout her life. She pulled for everyone’s success and was always optimistic when others were in doubt. Joan is preceded in death by her father (Justin); mother (Doris), brother Patrick, sister Sue, half-brother (William); and her grandson (C.J.). She is survived by her husband Jim, four children, seven grandchildren, and three daughter/son in-laws: son James (“Jeff”) (Susan/Joe—Grapevine, TX); son Mike (Becky/Jack, Justin, and Jarrett—Beavercreek, OH); daughter Jennifer Moss (Craig/Braylon, Brody, and Demi—Helena, AL); and son (Jason—Picayune, MS). A memorial service will be held in Picayune, MS.  Date and location are TBD.  In lieu of flowers, memorials may be given to the CJ Knipper Scholarship Fund.  This 501(c)(3) awards annual scholarships to Grapevine (TX) High School DECA students with entrepreneurial aspirations.  Donations can be sent via PayPal to CJKnipperScholarship@gmail.com or with a check to the CJ Knipper Scholarship, 3824 Shady Meadow Dr., Grapevine, TX 76051.