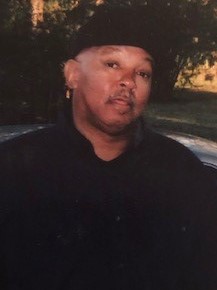 “We are confident, I say, and willing rather to be absent from the body, and to be present with the Lord.”

James met his life-long companion, Ms. Linda Nixon, and relocated to Carriere, Ms. where the couple resided together for over forty years. He was employed at Zepata Haney in Pascagoula, MS.  He was later employed by Jim Luke Enterprise for the Pearl River Central School District until his health failed him.

James was a very private person who enjoyed working on cars and going fishing.  He spent most of his time with his family and loved being around his grandkids.  He also had a special place in his heart for his beloved dogs, Ruby & Bishop.

On August 28, 2021, at the age of 72 years, he peacefully departed this earthly life. He was preceded in death by his mother, Mildred Armstrong; one Sister, Martha (Candi) Armstrong; one Brother, Curtis Armstrong; one son, Ricky Nixon; and one grandchild, AJ Nixon.

Graveside services will be held @ 11:00 a.m. on Wednesday, September 8, 2021, at the New Hebron Baptist Church Cemetery in Carriere, MS.  All COVID-19 precautions will be followed during the services.

Vivian Crawford Hennesy, age 79, passed away at her home in Henleyfield, MS on Monday, September 6, 2021. She was... read more