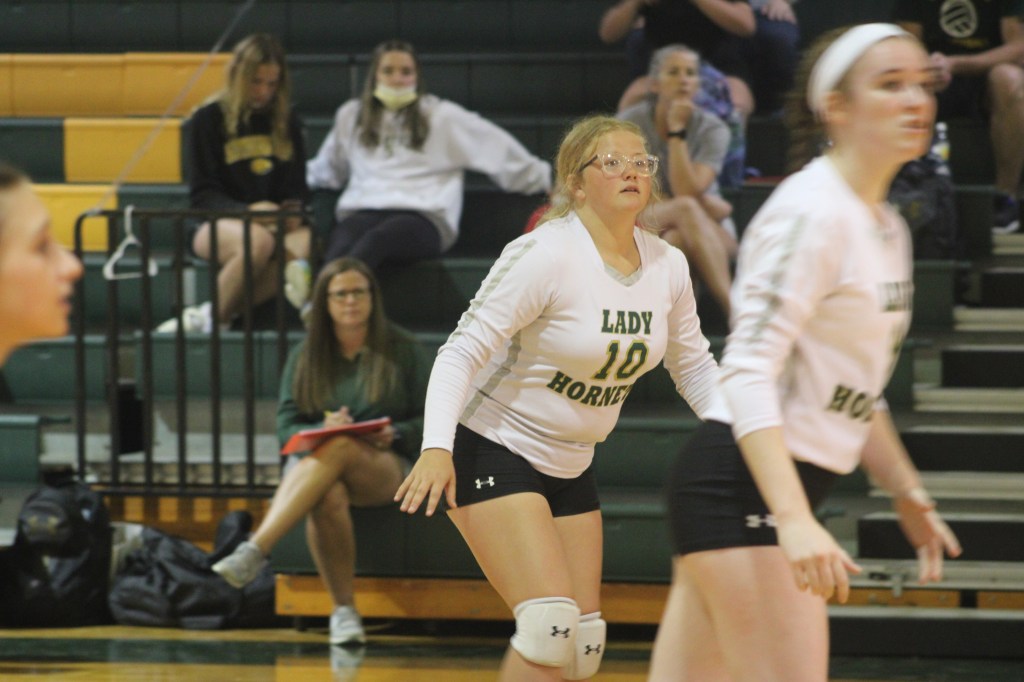 The Poplarville Hornets hosted a region game against Moss Point Tigers on Thursday but Hornets’ roster was short due to multiple player injurers. Despite the shorter roster, the Hornets dominated their way to winning all three sets, 25-14, 25-12 and 25-7.
Thursday night’s match was freshmen Ashleigh King’s first varsity debut. She got the opportunity to play up from the JV team.
“They played great, I had my JV player Ashleigh King play up tonight cause we do have some injuries, and she basically played had an amazing game,” Head Coach Rachel Landrum said.
The Hornets snapped a three game losing streak after their win over Moss Point, they now move third in the class 4 region 8 with a 4-6 over all record.

The Hornets’ next matchup will be on the road against Sacred Heart on Sept. 25 at 6:30 p.m.