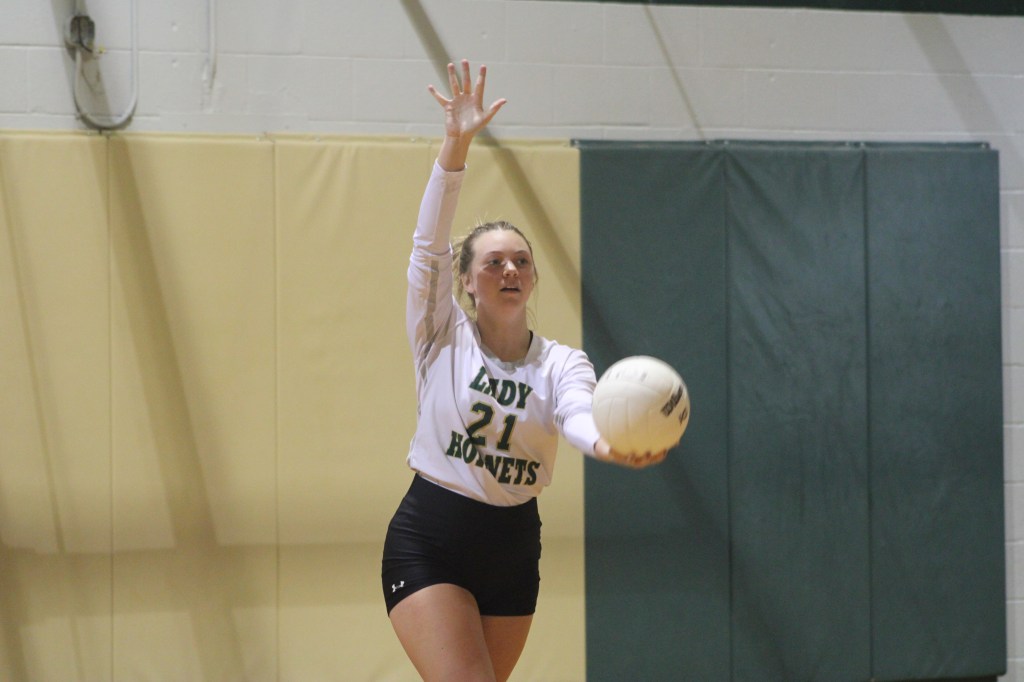 The Hornets volleyball team played three games on Sept. 25, falling to East Central and Sacred Heart but ended the day with a win over their county rival Picayune.

The Hornets vs. East Central match went to two sets, 25-15 and 25-13. Their next match against Sacred Heart was a better-contested game; the Hornets put up more points but they couldn’t pull out a win. The match went two sets 25-18, and 25-19.

“They were a really good team, I just don’t think our girls were mentally prepared for them, but I did see some really good things that we can use for our games on Tuesday and Thursday,” said Head Coach Rachel Landrum.

The match between Picayune was sort of a redemption game for the Hornets. Picayune had beaten the Hornets in their opening game this season so the Hornets felt payback was needed.

“We definitely wanted to get a win under our belt against them,” said Landrum.

The Hornets came out very focused for their last game and beat the Maroon Tide in two close sets, 26-24 and 25-22.

The Hornets now face the Stone Tomcats on Sept. 28. they were beaten by the Tomcats earlier in the season and that loss has been on their minds as well.

“We’ve thought about that game and loss since it happened, and we’ve been really focusing on what we can do to win against Stone tomorrow,” said Landrum

Ball placement and having a focused mind going into Tuesday’s game is what Landrum and her team are practicing. She said serves will also be important to earn a win against a Stone.

“We can’t be afraid to go out there and make some big plays,” said Landrum.