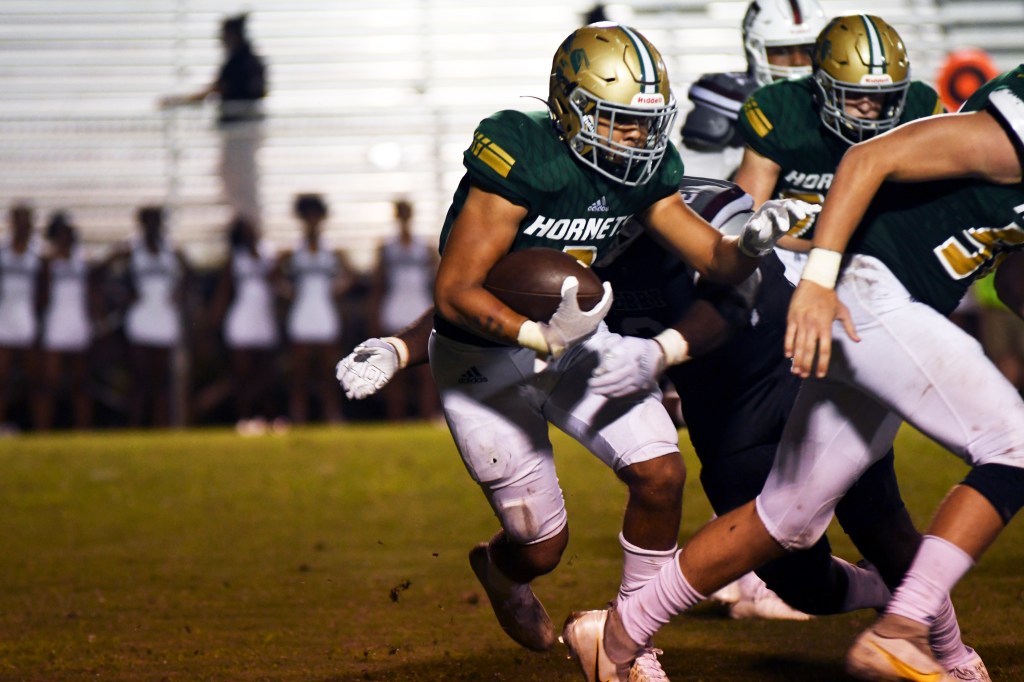 The Poplarville Hornets (3-1) will travel this Friday to play the Pass Christian Pirates (3-0).
The Pirates have good offensive and defensive lines with a lot of skilled players that can hurt ground based teams.
Quarterback containment will be important this week for the Hornets because the team will be matched up against another versatile quarterback who can throw, move around the pocket and rush for extra yards. The Hornets’ game plan is to contain the quarterback and keep him from moving out side the pocket.
Last Friday, Terry’s quarterback got lose for a few big plays, Head Coach Jay Beech said.
“We’ll have to contain him, we didn’t do a job of that against Terry’s quarterback,” Beech said.
Offensively, the Hornets want to execute their plays and get into a rhythm early in the game.
Leading up to Friday’s matchup Beech’s goal will be for his team to play smarter and play harder. Limiting turnovers and penalties will also be important this week for the Hornets.
The Hornets move to 3-1 and will push for a four game winning streak before being on the road again on Sept. 24, this time against the Pass Christian Pirates. Kickoff will be at 7:00 p.m.