Hornets energy not enough to take down Stone 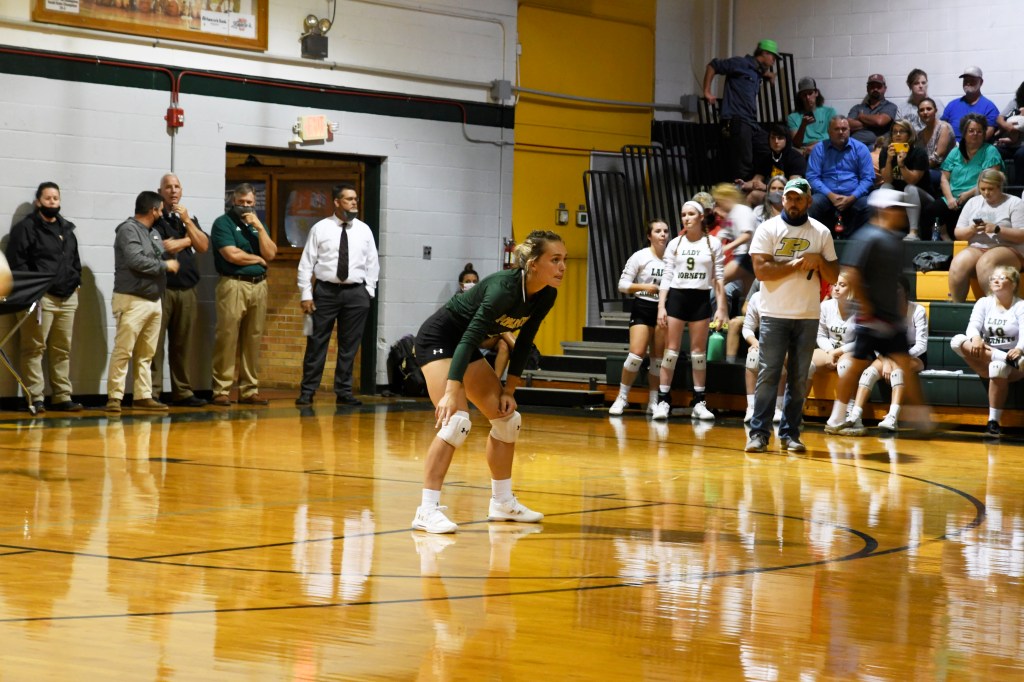 The Hornets hosted the Stone Tomcats Tuesday night in a competition that ended with a Tomcats win.

Set one was a close match where the Tomcats took the lead early but the Hornets were never too far behind. The Hornets couldn’t manage to tie the score and take the lead due to multiple serves falling out of bounds. The Hornets lost set one 25-20.

Set two was a thrill; every Hornets player was diving on the floor, making effort plays and extending the set as much as they could. Stone again gained a quick 7-2 lead, but the Hornets stuck with their energetic play and got within two points at 15-17. Their biggest deficit was when the team was down 9-16. Stone was forced to call a time out once that lead was no longer confortable.

The Hornets’ effort and a big hit by Rayelins Davis that fell between two Stone defenders tied the game at 21-21. Stone came back with a few of their own plays, just enough to overwhelm the Hornets to a 25-22 win.

The Tomcats had complete control of set three. The Hornets did manage to limit Stone’s quick start and tie the game at 6-6. Stone began pulling away from that point even though the Hornets still had great energy but Poplarville lost when they started to struggle with serves. Stone went on a win set three 25-16.

After the game Head Coach Rachel Landrum said that their serves were something that they can control, but during Tuesday’s matchup they didn’t have much success.

“They definitely didn’t give up, there was a lot of effort,” Landrum said.

The Hornets move to a 4-8-1 record on the year. Losing to Stone drops them to third place in the Class 4 region 8 standings with a 4-3 record. Next, the Hornets will be on the road Sept. 29 to play the Bay Tigers.