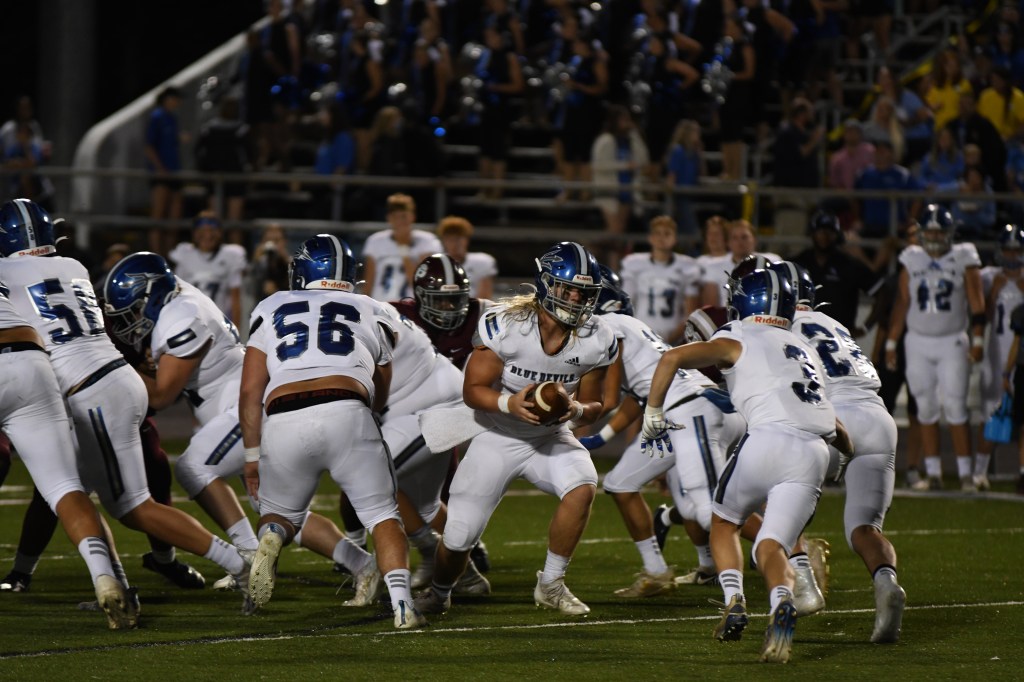 Pearl River Central varsity Football Head Coach Jacob Owen is looking forward to playing at home this week as the Blue Devils (0-3) host the East Central Hornets (3-1). These two teams run a style of offense that somewhat mirrors each other.
“They’re an opponent we’re very familiar with,” said Owen.

The Blue Devils are off to a rough start this season but Owen is keeping a positive attitude.
“We’re going to stay positive, I really want to put on a great show against East Central,” said Owen.

To accomplish a great showing on Friday night, the Blue Devils will work on being extremely physical this week. Owen wants his team to be the hardest hitting team come Friday night.
The Blue Devils have been prone to a lot of mistakes, penalties and missing third and fourth down conversions, and Owen wants to turn that around.
“We got to stop making mental mistakes. The margin for error for us is very small,” said Owen.

Blue Devils hope to turn their season around with a home win against East Central. Kick off will be at 7 p.m. this Friday.