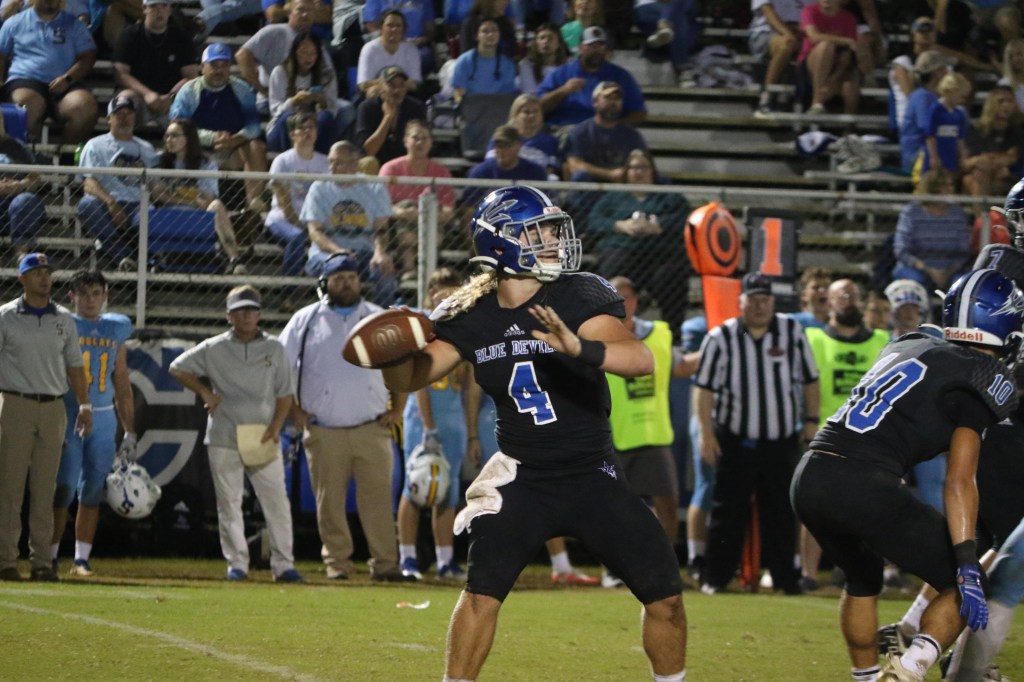 The Blue Devils and Maroon Tide will face off Friday night in a local rivalry.
Playing with a lot of intensity, focus and toughness is going to be the key in order for the Blue Devils to pull out a win.
“I want my kids to go over there and compete,” said Head Coach Jacob Owens.
During previous matchups between the two teams, the Blue Devils did not come out victorious. Owens said his team has performed uncharacteristic things in previous games that they don’t usually do, so this week the team will want to limit those errors.
The Blue Devils are close to being a complete team.
Leading up to Friday’s game Owens wants, “The same team I’ve had the last two weeks, with the same effort and the same don’t quit attitude.”
The Blue Devils are 0-2 on the season. They will try to defeat the Maroon Tide on Picayune’s home turf this Friday, Sept. 24 at 7 p.m.