Maroon Tide prepares for matchup against the Poplarville Hornets 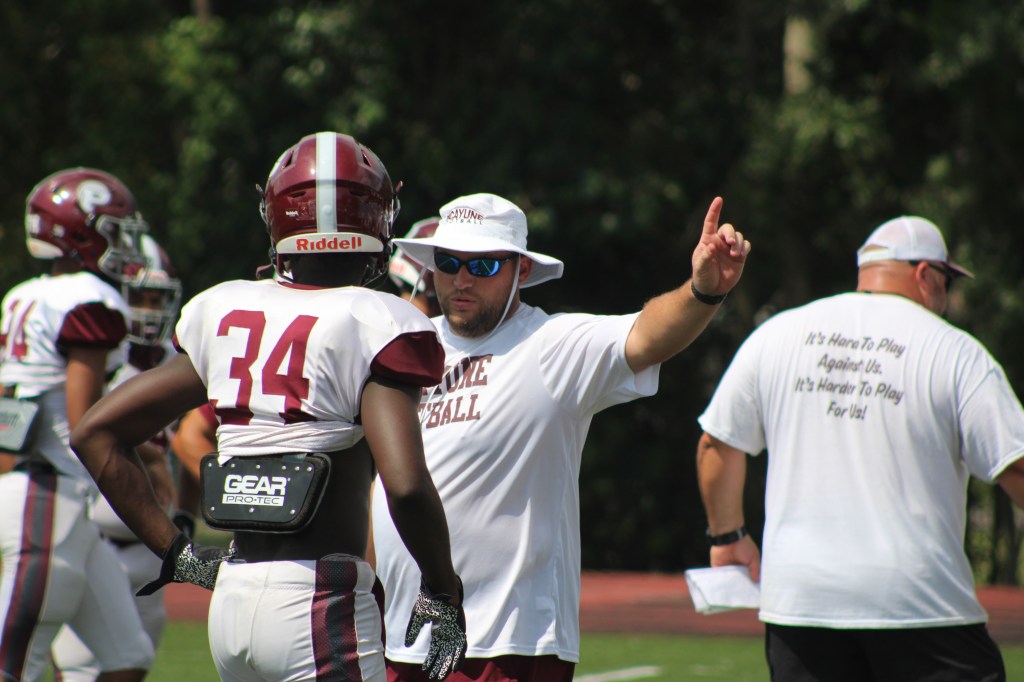 Coach Cody Stogner talking to his player during practice.

The Picayune Maroon Tide football team is expected to kick off the season against a talented Poplarville team. Head Coach Cody Stogner had a chance to scout the Hornets this past Friday.

Stonger sees Poplarville’s strengths in their running game and in their defensive backs led by top recruit Khalid Moore. Stogner says this year Poplarville’s defense looks to be the best he’s seen.

The Maroon Tide’s coaching staff continues to preach that every play should be executed like it’s the last. Just like Poplarville, Stogner and his team are big on execution.

“We don’t have any secret plans for Friday, we got to execute on both ends, hold on to the ball and stay ahead of the chains,” said Stogner.

The Maroon Tide players have high energy and excitement for this Friday’s game. It’s been a long time since they’ve played after being put out of the playoffs last November.

“We’re ready to play, we had a great spring, a great fall and summer and now it’s time to play, said Stonger. They have a lot of goals for this season and week one is the first step to achieving them.

Picayune has a good group of running backs they will depend on for Friday night. Starting with their workhorse running back, Junior Donta Dowdell. Senior Dorian Robinson, Sophomore Chris Davis and Sophomore Niquis Rateliff will also see themselves in the running game rotation. Stogner is excited for his junior fullback Darnell Smith, who’s grown and developed his game from last season.

The Maroon Tide will play a new set of offensive of linemen. Friday night will be an early test for them, but Stogner believes in the confidence they’ve developed and the hard work they’ve put in during spring practices.

Senior Dawson Underwood will start at quarterback this week. Stogner wants to build up some experience in his quarterbacks so sophomore Brady Robertson and senior Dillon Martz will potentially get reps as QB Friday night.

The keys to taking home a win for the Maroon Tide are simple,

they got to win all three aspects of the game, offense, defense and special teams.

“It’s going to be a great football game and a great atmosphere,” said Stogner.