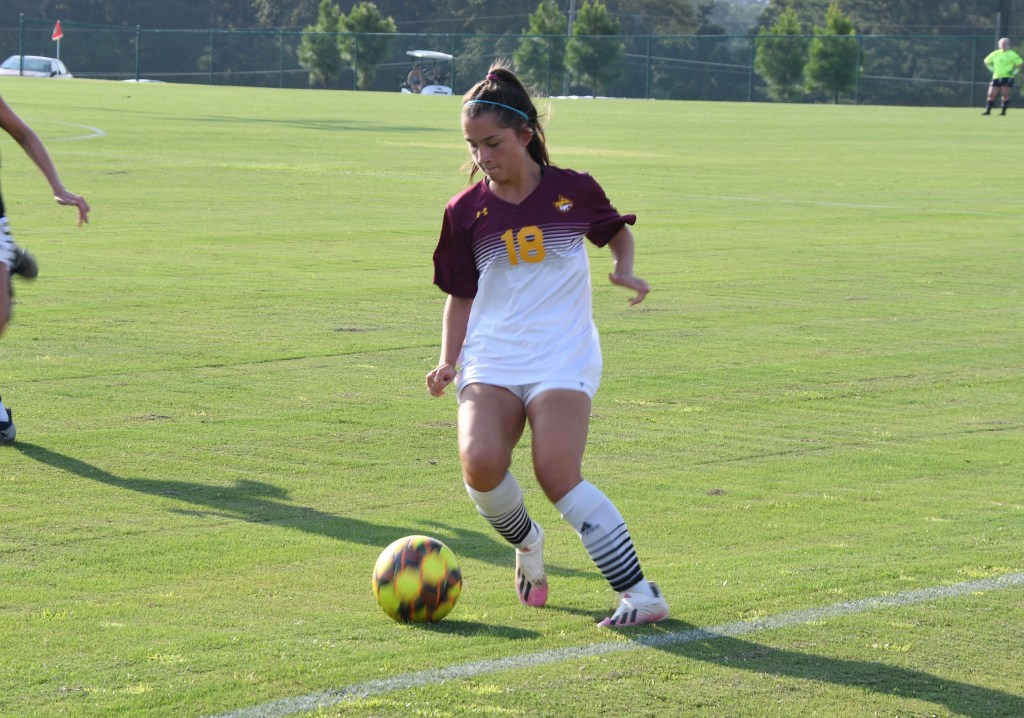 RAYMOND, Miss. — The Pearl River women’s soccer team fell in its first game of the year on Wednesday, losing 2-1 at Hinds.

Although Pearl River (0-1 overall) was in control for the majority of the match, late goals from Hinds (1-0) proved to be the difference.

“I thought that we played fairly well, but I think we could have moved the ball a bit quicker.” head coach Henrik Madsen said. “I think hinds is a very physical team and our girls had a hard time dealing with it.”

The Wildcats drew first blood in the 40th minute thanks to a ball off the left foot of Ally Davis (Hattiesburg, Miss; Homeschool). After a pass from Lola Taylor (Ocean Springs), Davis blasted a ball just to the side of the near post and past the HCC goalkeeper, giving the Wildcats an early 1-0 lead.

“A great start to the season for Ally,” Madsen said. “She was very composed on goal. I was definitely happy to see her get a goal there.”

PRCC held onto the lead and entered the half on top.

Pearl River continued to hold onto the lead until the 66th minute when a Hinds player buried a penalty kick to tie the contest, 1-1.

Just seven minutes later in the 73rd minute, Hinds grabbed another goal to go ahead, 2-1.

The goal proved to be all the Eagles needed as they held on to win the contest.

“They were hunkered in there pretty good,” Madsen said. “They were organized and compact. We were only able to get past them a few times on the outside. We were not able to create many chances in the last 10 minutes.”

UP NEXT
The Wildcats return to action Friday as they host No. 2 Holmes at the PRCC Soccer Complex. The match will begin at 7 p.m.

HOW TO WATCH
The Wildcats will once again livestream all matches for free at PRCCMedia.com. Fans who have Roku, Amazon Fire or Apple TV devices can also watch the Wildcat broadcasts by downloading the “Pearl River CC” channel from their app stores.